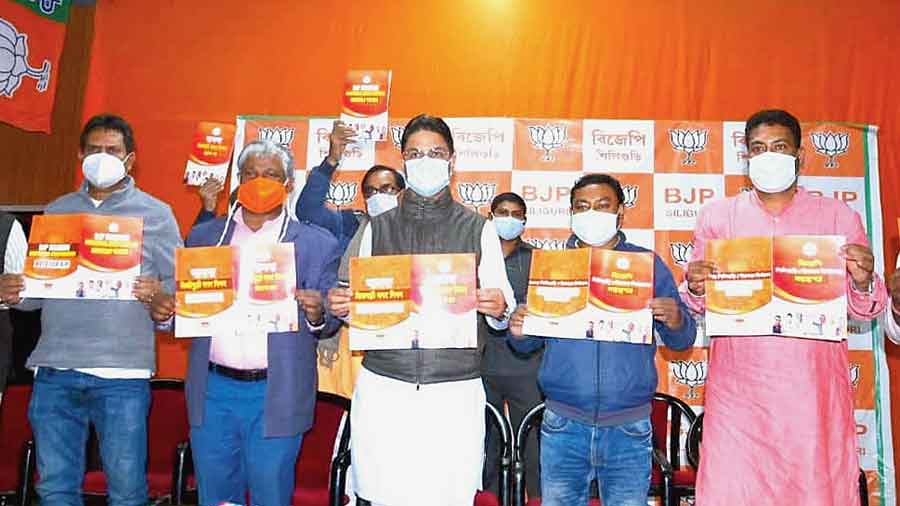 The comprehensive drinking water project for the residents of the Siliguri Municipal Corporation area has emerged as the principal issue for almost all prominent political parties which have fielded candidates for the ensuing civic polls.

The Left Front and the BJP promised in their election manifestos that they would make all efforts to provide drinking water to each household across the civic area. In the election campaign, the Trinamul Congress is apprising voters of the recent initiatives its leaders have taken to get funds from the state government for the proposed project that is required to meet the demand for drinking water in the city.

“If we are voted to power, we will take initiatives to ensure that the state approves the project and the work on it starts without any further delay,” said a Left leader. The Left’s election manifesto was published on Monday.

In 2001, a drinking water project was taken up by the then LF government jointly with the SMC.

However, even after 20 years, the work on the project has not yet started.

“In 2011, the new Congress board at the SMC adopted a drinking water project with an estimated cost of Rs 319 crore. But four years later, as the Left came to power at the SMC, the project got delayed because of non-availability of funds,” said a source at the SMC.

Last year, as some Trinamul leaders, including party veteran Gautam Deb, were put in the board of administrators of the civic body, they had taken the task to send a detailed project report for the project to the state government in June.

“The state is yet to approve it. In fact, the revised estimated cost of the project is around Rs 470 crore now,” sources added.

Trinamul leaders and candidates have been mentioning about the project during their campaign, while underscoring that the immediate past Left board has failed to execute the project.

“We will get it sanctioned from the state. Keeping in mind the steady growth in Siliguri’s population, this new project is necessary to cater the entire population,” said a Trinamul leader.

The saffron camp, which released its election manifesto on Tuesday, has also emphasized on the project. “If BJP forms the civic board here, we will ensure that drinking water reaches every household of the city within this year,” said Raju Bista, the Darjeeling MP and a national spokesperson of the party.