While the CBSE schools are advocating the exemption, some ICSE schools in Siliguri are likely to announce summer vacations from Saturday, sources said 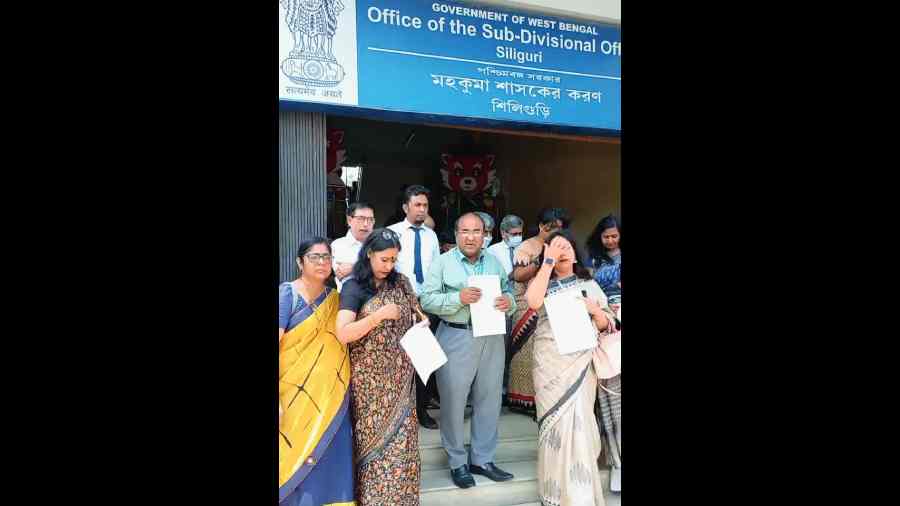 Representatives of 70-odd CBSE schools in and around Siliguri appealed to chief minister Mamata Banerjee on Friday requesting exemption from the notification on advancing summer holidays, citing the education setbacks suffered during the two years of the pandemic.

A delegation from the North Bengal Sahodaya School Complex (NBSSC), an association of CBSE schools in Siliguri, walked up to the office of the sub-divisional officer on Friday and submitted the memorandum.

S.S. Agarwal, the NBSSC president, said schools had reopened after a gap of two years because of the Covid-19 pandemic and considering that there was no heat wave in the region unlike in south Bengal, offline classes should be allowed to continue as scheduled. Around 80,000 students study in these 70 CBSE schools. The notification requests schools to declare early summer vacation from May 2 and reopen only in mid-June.

“The pandemic adversely affected the physical and emotional health of children as well as their education. We have written to the chief minister appealing that our schools be kept out of the ambit of the notification, specifically when there is no heat wave in this region. We have been receiving instructions from the administration to close the schools immediately and revert to the online mode of education,” Agarwal said.

“We feel that closing the schools at this juncture will harm the education of students and break the continuity of learning once again,” he added.

The state’s decision to announce summer holidays in schools from May 2 has faced questioned from various quarters.

Shankar Ghosh, the BJP MLA of Siliguri, landed in a controversy after he tied the matter to the statehood demand while questioning the logic behind closing schools in north Bengal for the heat wave in south Bengal.

“It is because of such decisions that demands are raised for a separate state in north Bengal,” Ghosh had said.

In the memorandum submitted by the NBSSC, the schools have underscored five points, one of which is the amenable weather in north Bengal.

The other points are the academic calendar, board exams, gap in learning and economic implications.

“Being affiliated to the CBSE, we are bound to follow its calendar, syllabus and examination schedules (internal and board). If we close the schools, we will not be able to maintain parity with other CBSE schools in the country. It would be extremely unfair and detrimental for our students to lose school days. Also, we are in the middle of the CBSE board exams for Classes X and XIl,” said the principal of a prominent CBSE school in Siliguri.

The schools pointed out that schools in the hilly regions of Darjeeling and Kalimpong districts have been waived from the notification.

“Schools of the Siliguri sub-division, the adjoining Dooars region and the neighbouring districts should also be exempted,” the principal added.

While the CBSE schools are advocating the exemption, some ICSE schools in Siliguri are likely to announce summer vacations from Saturday, sources said.