There was a chill feel in the adjoining plains as well 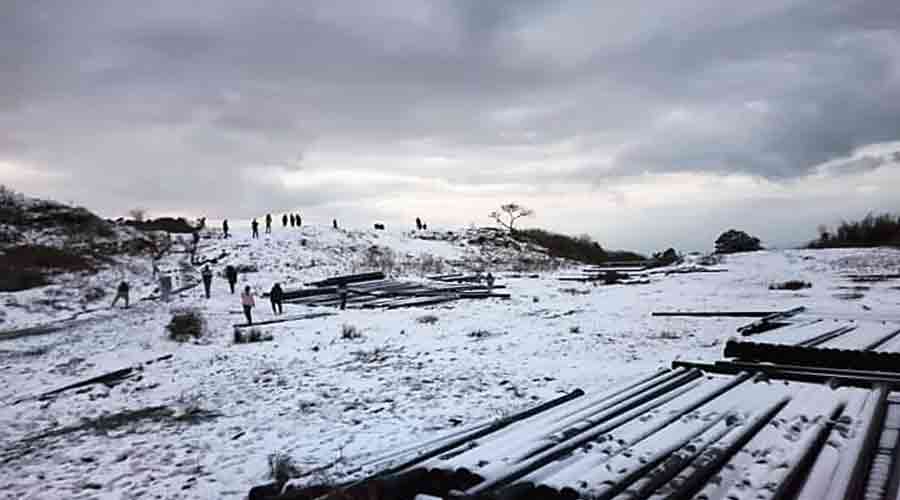 Several places in the Darjeeling hills and the upper reaches of the neighbouring state of Sikkim received snowfall in the past 24 hours. It also teemed at various places in north Bengal, especially in the sub-Himalayan region, during the same period.

The snowfall and the rain have brought down the mercury in the region. In the past 24 hours, the minimum temperature in Darjeeling was 2.4 degrees Celsius, followed by Gangtok (4.3) and Kalimpong (8).

There was a chill feel in the adjoining plains as well.

Sources at the Gangtok centre of the India Meteorological Department said there might be fresh rain and snowfall in Sikkim and the neighbouring areas during the next one week because of western disturbances approaching the Himalayan state and moisture incursion from the Bay of Bengal.