They are equipped to evacuate the stranded, offer medical treatment, clear roads, cut trees and distribute material as required by the local district administration 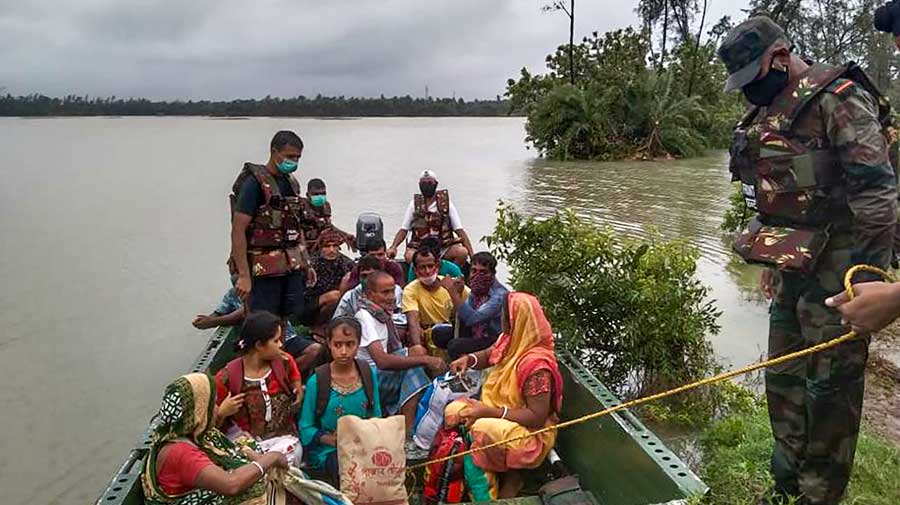 The Indian Army has deployed 17 integrated relief columns comprising specialised personnel with inflatable boats and other necessary equipment in Bengal to carry out rescue and relief operations on Wednesday.

“The deployment of the army columns is based on a requisition and they are working in close coordination with the Bengal government,” the army said in a statement.

The army columns are equipped to evacuate the stranded or marooned persons, offer medical treatment, clear roads, cut trees and distribute relief material as required by the local district administration.

Nine relief columns have also been kept on standby in Calcutta to undertake necessary rescue and relief operations. Besides, Eastern Air Command has mobilised its assets for quick response due to the damage caused by the cyclone.

“All rescue and relief operations are being co-ordinated with the state government and a task force has been set up to monitor and synergise the efforts, in addition to co-ordinating with all agencies,” the army statement said.

The navy has also positioned humanitarian assistance and disaster relief material at its depot in Calcutta for subsequent distribution in the aftermath of the cyclone.

Four naval ships, loaded with HADR material, medical teams and additional diving teams are closely following the situation and would be available for further assistance.