The three have been charged  under IPC Sections 302 (murder), 364 (kidnapping or abducting in order to murder), among others 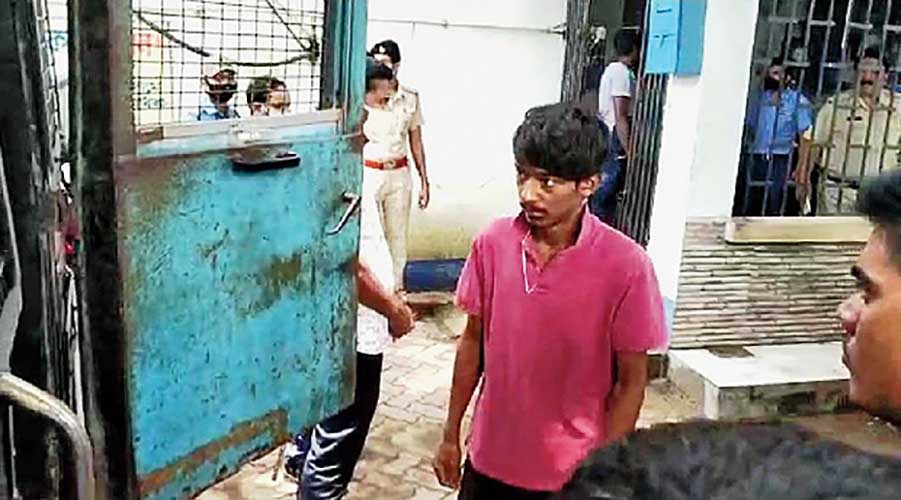 The father and two brothers of the teenage girl whose death sparked violence in North Dinajpur’s Chopra block on Sunday were arrested on Tuesday on the charges of murdering her male school friend whose body surfaced on Monday.

“Based on a probe, the police arrested the two brothers (Krishna and Arshanarthi Singha) and the father (Madhu Singha) of the girl. On Tuesday, the three were produced in court and sent to police custody for 10 days,” said Sanjay Bhowal, the government lawyer in Islampur, the subdivision under which Chopra falls.

The three were charged  under IPC Sections 302 (murder), 364 (kidnapping or abducting in order to murder), among others, Bhowal said.

“The boy’s family had filed a complaint with us based on which these persons have been arrested and charged with murder,” said Sachin Makkar, SP, Islampur police district.

On Sunday, the girl who went missing since Saturday evening according to her family was found barely alive near home, and died on way to hospital. Later, the police said she had died of poisoning.

The girl’s family filed a police complaint on Sunday, accusing the boy of killing her.

The boy, who passed Madhyamik this year like the girl, went missing from home on Saturday night, his mother said. On Monday, when his body was found in a swamp, his family filed a police complaint accusing the girl’s family of his murder. During the probe, the police came to know that one of the girl’s brothers had recently threatened the boy over phone. “We are awaiting the boy’s post-mortem report to know the exact cause of death,” said a police officer.

One of the accused brothers, however, claimed a “conspiracy” behind the arrests.

BJP leaders held a sit-in in front of the party’s district office on Tuesday to protest the “police bias” in Tuesday’s “wrongful” arrests. District BJP president Biswajit Lahiri promised a “district-wide movement” on this issue. His Trinamul counterpart Kanaialal Agarwala accused the BJP of trying to fan tensions in North Dinajpur. “We have full faith in the police. The BJP is trying to politicise the matter. It orchestrated the violence in Chopra on Sunday (after the girl’s body was found) with the help of outsiders,” said Agarwala.