Named after cricketer, he had a popular innings 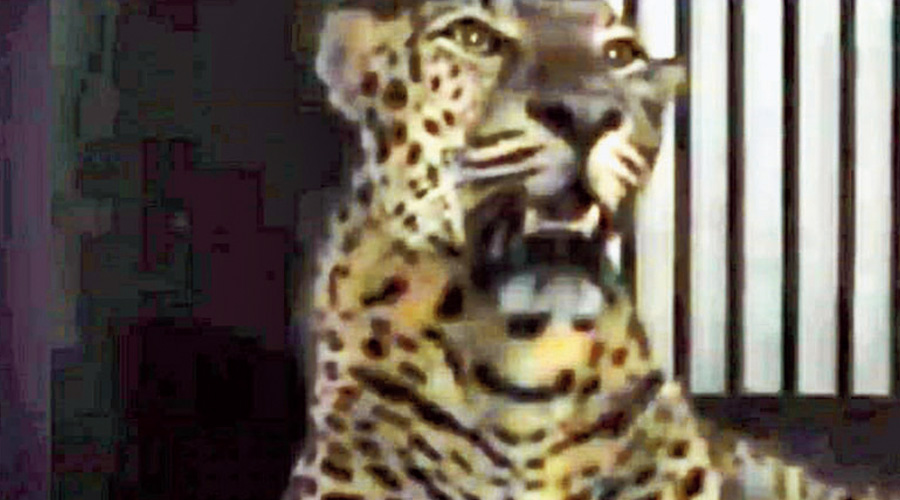 Sachin, a male leopard at Bengal Safari Park on the outskirts of Siliguri, who had shot to fame in January 2019 for escaping from his enclosure and coming back on his own, died on Saturday. He was 12.

Officials of the state forest department confirmed that the adult leopard was ill and undergoing treatment.

“The 12-year-old animal died of cardiac arrest on Saturday,” said V.K. Yadav, the principal chief conservator of forests (wildlife) of the state.

The male leopard was brought to the park in 2017 and hit the headlines immediately for his name.

Foresters named him Sachin after Tendulkar, one of the greatest batsmen the country has produced.

Next, on January 1, 2019, the leopard hit the headlines again as he escaped from his enclosure.

Foresters started a massive search operation and around 100 forest guards combed different areas of Mahananda Wildlife Sanctuary adjacent to the park. Even pet elephants of the department were deployed to find the leopard.

But Sachin surprised everybody — and gained cult status in the process — as he returned to the enclosure after three days on his own.

“We have tried to provide the leopard the necessary treatment at the park. But the animal could not survive,” Badal Debnath, the director of the wild animal park, said.

Nick Doley, the vet of the park, along with Joy Dey, his counterpart from the Padmaja Naidu Himalayan Zoological Park of Darjeeling, conducted the post-mortem of Sachin’s carcass.

According to the vets, the death appears to be natural.

Doley, when asked about the animal’s death, said, the leopard died around noon on Saturday.

“We did the post-mortem and found that it had died because of cardiac arrest. Nonetheless, the samples of the carcass have been sent to the Institute of Animal Health and Veterinary Biological in Calcutta,” the vet said.

“Normally, a leopard can survive about nine to 10 years in the wild. But in captivity, it can survive a couple of more years,” said a wildlife expert.

With Sachin gone into the blue yonder, the Bengal Safari Park has four leopards remaining, Sourav, Sheetal, Kajol and Simba. While Simba is only two years old, and the rest are fully grown.

The Bengal Safari Park had introduced the leopard safari on July 1, 2017. One of the most popular tourist destinations of the region, it is spread over 290 hectares and the leopard’s enclosure is located over an area of around 20 hectares.