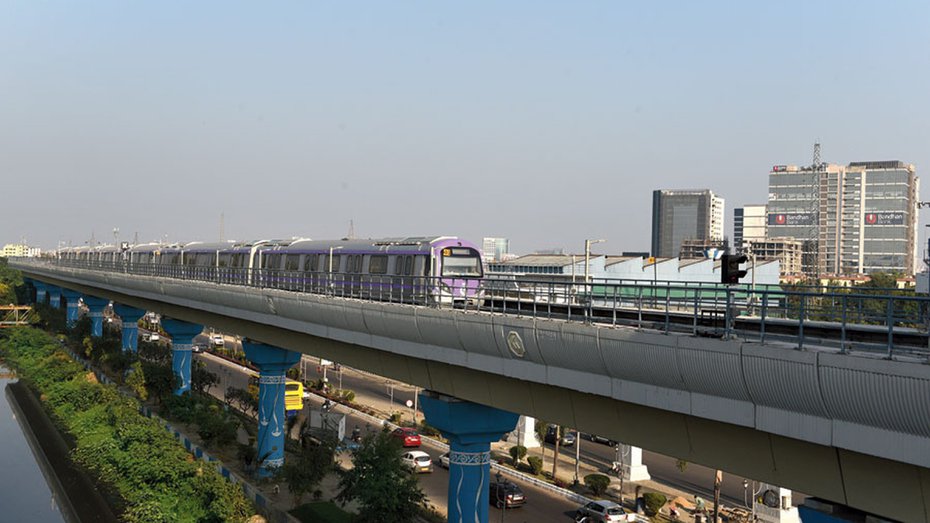 A few houses in Chaiten Sen Lane of Bowbazar that stand in the way of East- West Metro’s tunnel-boring machine, which has resumed digging underground, developed fresh cracks on the walls on Thursday.

The cracks had developed over the past few days but were noticed on Thursday afternoon by some residents of the lane, which lies behind Gour De Lane where several houses had developed cracks last September.

Engineers from the Kolkata Metro Rail Corporation (KMRC), which is implementing the East-West Metro project that will connect Sector V in Salt Lake with Howrah Maidan via a stretch under the Hooghly, scanned the houses and concluded they were only “hairline” cracks that would not affect the foundation of the houses.

“These cracks have developed recently but all of them are hairline ones,” said an engineer of KMRC. “We have installed crack meters to assess if the cracks are growing. A status report would be drawn up on Sunday.”

Sources said while some of the houses that had developed cracks were very old structures that lacked maintenance, a few were well maintained and freshly painted.

All the buildings fall within a 30m radius of the tunnel-boring machine, which started moving from Nirmal Chunder Dey Street towards a few days ago.

Several families were evacuated from Chaiten Sen Lane last week, ahead of the digging work, to avoid a rerun of the disaster that had left several families of Syakrapara Lane, Gour De Lane and Durga Pituri Lane homeless last year.

Some residents complained about the lack of monitoring. “We didn’t see any monitoring of the cracks for the last 72 hours, leave alone every six hours as promised,” one of the residents said.

KMRC has assured its engineers would keep monitoring the condition of the buildings.