Succour by Bengal Opposition for poor

The Left Front’s legislators have donated Rs 3.2 crore to the state’s efforts to combat the pandemic 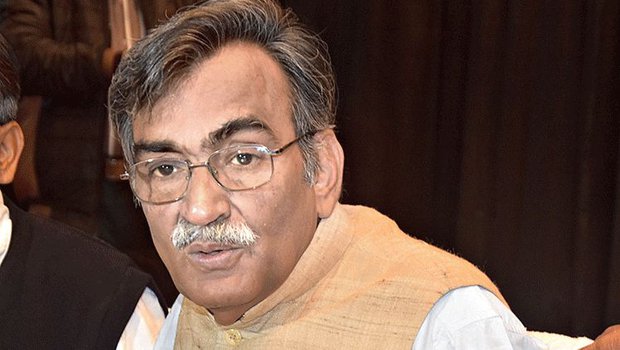 The Opposition in Bengal has not been far behind the ruling Trinamul Congress — led from the front by chief minister Mamata Banerjee —in contributing to the fight against Covid-19 and extending help to those who need it most amid the lockdown.

The BJP, CPM and the Congress have all been chipping in to help underprivileged families wherever they can.

After BJP national president J.P. Nadda asked the party’s leaders across the country to help the people, the state unit has been busy putting together doles for the financially challenged. Leaders such as Dilip Ghosh, Rahul Sinha and Sayantan Basu have been distributing food supplies, masks, hand sanitisers in various parts of south Bengal.

Several leaders have taken up the responsibility of feeding the homeless.

The BJP’s Bengal MPs have allocated a total of around Rs 20 crore from their local area development funds. BJP workers have been asked to donate a minimum of Rs 100 each to Prime Minister Narendra Modi’s PM-Cares Fund, set up to fight the Covid-19 outbreak. Each member has been asked to encourage at least 10 other persons to donate not less than Rs 100 to the fund.

Sinha, a national-secretary of the party, said estimates suggested the 21-day pan-India lockdown would dent the central exchequer by at least Rs 9 lakh crore.

“These donations will ensure that the Union government remains financially strong in this fight,” he said.

The Left Front’s legislators have donated Rs 3.2 crore to the state’s efforts to combat the pandemic.

CPM state secretary Surjya Kanta Mishra declared that party cadres would reach the doorstep of common people in small numbers and assist them. The CPM wings, the DYFI and the SFI, have started helpline numbers across the country. In Bengal, the helplines cover over 700 localities.

Cadres of the Left parties have been reaching out to the poor and daily wage earners with essential food items in almost all districts. They also take care of medical needs of the locked down masses.

“Our volunteers helped in arranging a cremation in Balurghat. Another group in Barrackpore took a pregnant woman to the hospital... we have been trying to help out as many as possible,” said Srijan Bhattacharya, SFI state secretary.

Congress lawmakers from Bengal — led by the likes of Adhir Chowdhury, the party’s leader in the Lok Sabha — have been contributing generously by way of funds to the Centre and the state. They have also been extending help to those in need, in areas where the party remains strong.