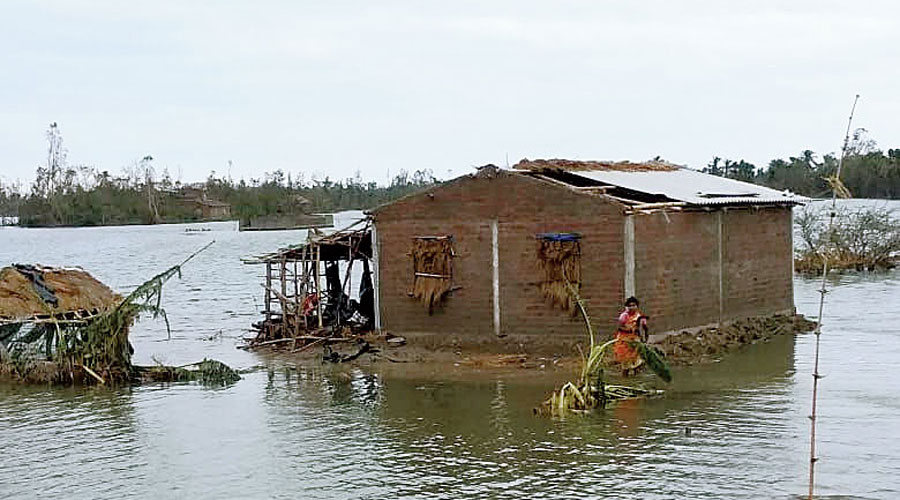 The move is a part of Nabanna’s attempts to redeem its image following protests, especially in Nandigram, against Trinamul functionaries allegedly swindling the state’s compensation meant for those whose homes had been damaged in the May 20 cyclone.

“The officials will be responsible for field-level inspections and surprise visits in their respective blocks, in addition to supervising re-verification paperwork being compiled by block officials to weed out wrongfully compensated functionaries,” said a source.

Areas being monitored include Tamluk and Haldia municipalities and 16 blocks, including Nandigram where the number of complaints had been highest. The officials will report to the district’s four additional district magistrates.

The state government has so far released Rs 198 crore as aid for East Midnapore and is likely to send more. Learning from mistakes, aid is now likely to be disbursed in a phased manner, an official said.

The damage-control exercise has become critical to the Mamata Banerjee government with the Opposition using dole-distribution anomalies as a potent weapon in the run-up to Assembly polls.

Sources said the officials would be responsible for field-level inspections and surprise visits at blocks, and supervise the re-verification paperwork underway at block offices to weed out bogus claims.

“We are looking closely at specific police complaints that have reached the state secretariat. This apart, names of genuine victims that may have fallen through cracks during re-verification by block and panchayat officials are being added,” said a district official on Thursday, referring to 15,000-odd police complaints that reached Nabanna in early June that prompted Mamata to launch a drive to cleanse the beneficiary lists of irregularities. “We have learnt from recent mistakes and administration will release compensation in a phased manner after thorough verification. This might mean releasing compensation to groups of 1,000 persons at a time,” the official added.

District disaster management officer Mrityunjay Haldar said it was a Herculean task to verify rightful claimants amid the confusion. “But we are being careful,” he said.

“These steps are important because hundreds of crores in disbursals are stalled now because of improper verification,” a district official in Tamluk said, adding that over 1 lakh rightful claimants were waiting for funds.

Panskura municipality chairman Nanda Mitra said many block officials were confused whether to make separate lists for partially damaged and fully damaged homes. “The dole is different, Rs 20,000 for full damage and Rs 5,000 for partial damage. In Panskura, dole distribution is held up because no claimant had fully damaged homes. They will get Rs 5,000 each instead of Rs 20,000,” he said. In Tamluk, 1,319 were shortlisted for the first phase with homes that had partial damage, added Tamluk administrator Rabindranath Sen.