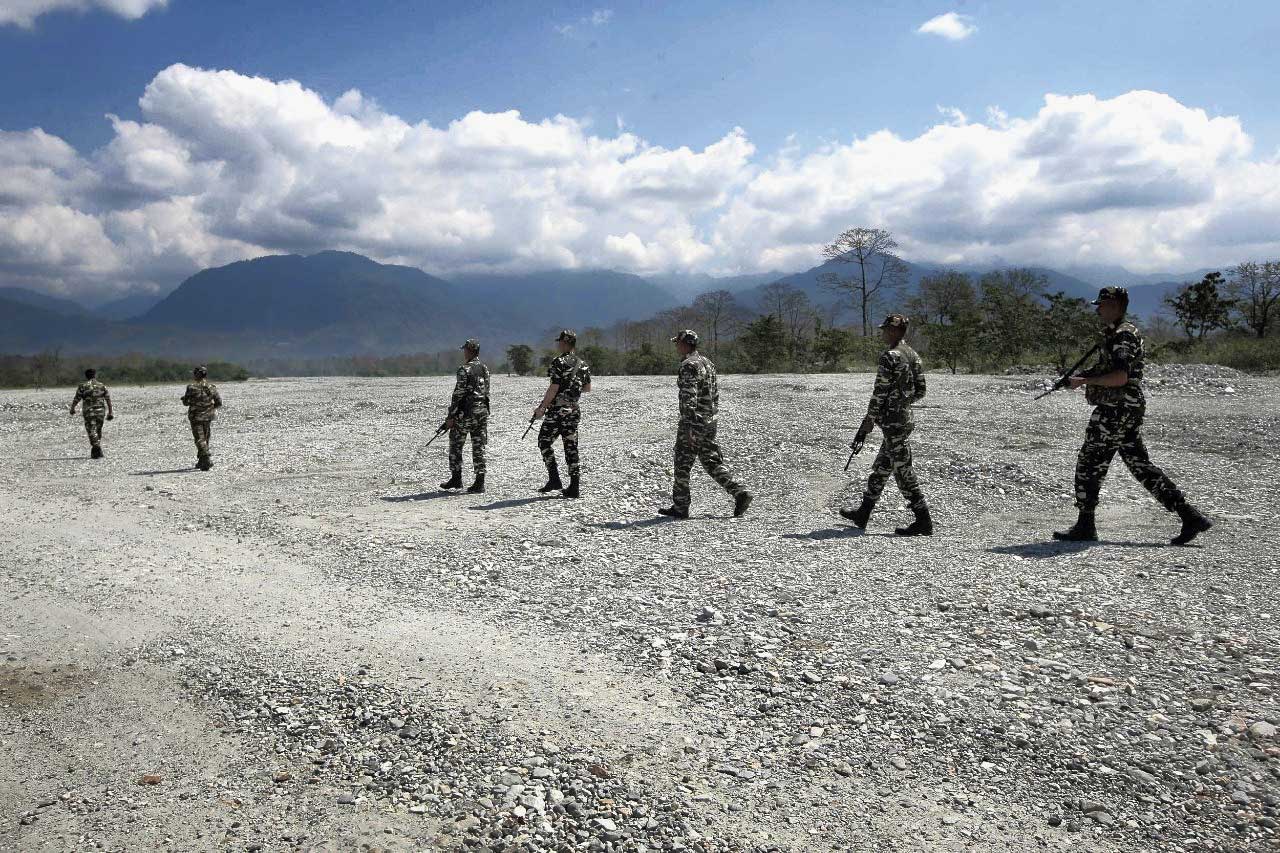 Paramilitary personnel walk through the dry bed of the Pana river at Kalchini near Alipurduar.
Picture by Anirban Choudhury
The Telegraph   |   Alipurduar   |   Published 11.04.19, 08:02 PM

The Telegraph takes a look at some of the alleged incidents. 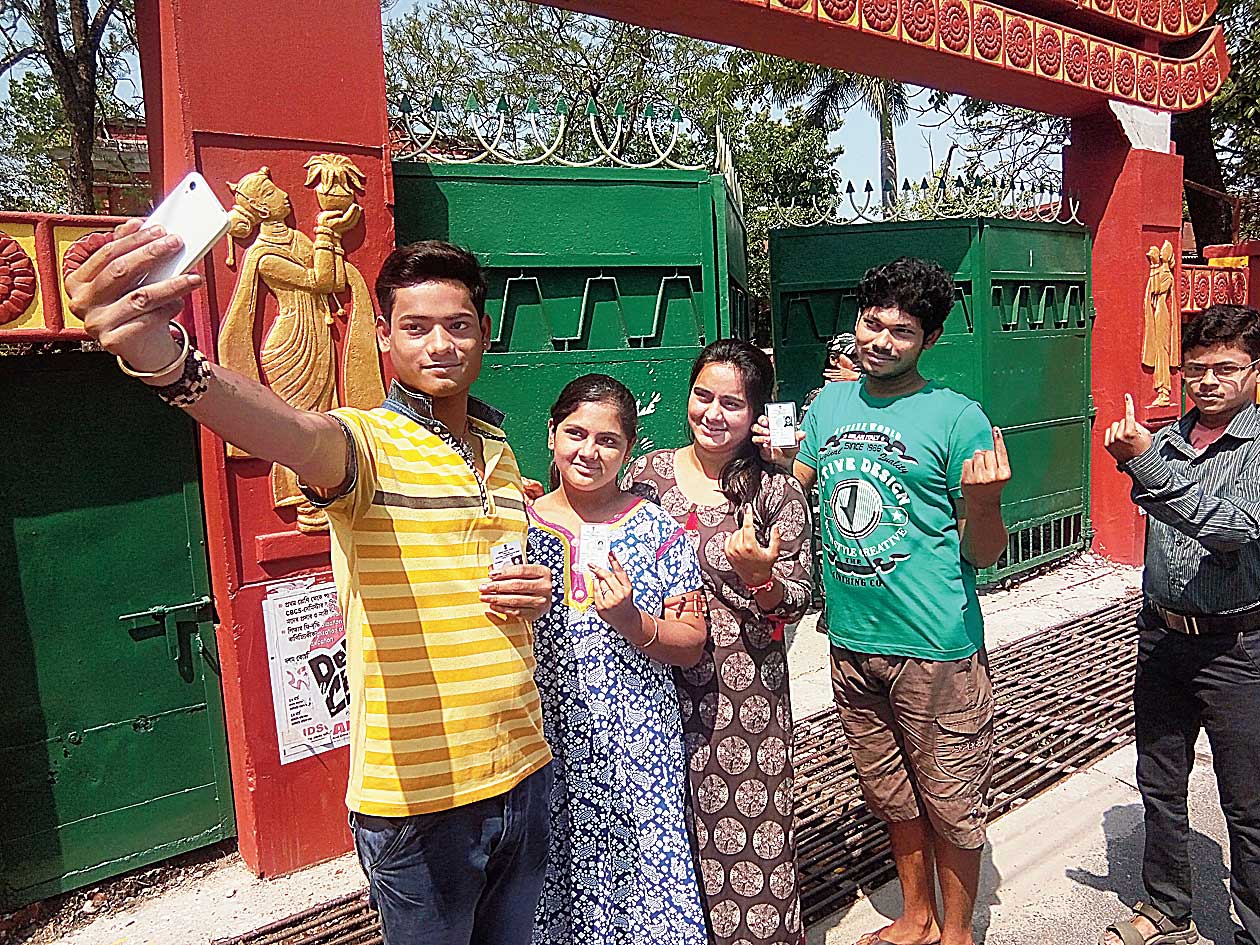 A boy takes a selfie near a booth in Cooch Behar on Thursday.
Picture by Main Uddin Chisti

What happened: The vehicle of Gobinda Roy, the Bloc’s candidate, was ransacked.

Allegation: Roy said the car was ransacked when he protested a TMC supporter’s bid to influence voters. Trinamul denied the charge.

Allegation: BJP candidate Nisith Pramanik said Trinamul workers had been casting false votes at a booth. He alleged they had vandalised the machine following a protest. Trinamul said BJP supporters were involved in the incident.

Where: Natabari, Fulbari and some areas of Cooch Behar

Allegation: District Trinamul chief Rabindranath Ghosh said at least 80 EVMs did not work and sniffed a conspiracy for the malfunction.

Official response: An official said the EVMs were replaced.

Where: Government Polytechnic in Cooch Behar, which is also the distribution-cum-collection centre

What Happened: Nisith Pramanik held a demonstration, demanding re-polling at 857 booths where paramilitary personnel were not deployed.

Allegation: Pramanik alleged that there had been malpractices at the 857 booths.

Official reaction: The candidate’s allegation will be looked into, said an official.

What happened: The name and the symbol of BJP candidate John Barla were covered with adhesive tapes on the EVM.

Allegation: Barla alleged Trinamul was behind it.

Official response: Police said it was “just a rumour”.

What Happened: Voters were allegedly chased away from 13 booths under Kumargram, Tufanganj and Nagrakata Assembly segments.

Official reaction: The administration will speak to polling personnel.

What Happened: Trinamul candidate Dasrath Tirkey had to wait for 30 minutes because of an EVM malfunctioning