All states asked to identify Rohingya residents, collate their biometric data and send a list to the Centre, says Rajnath 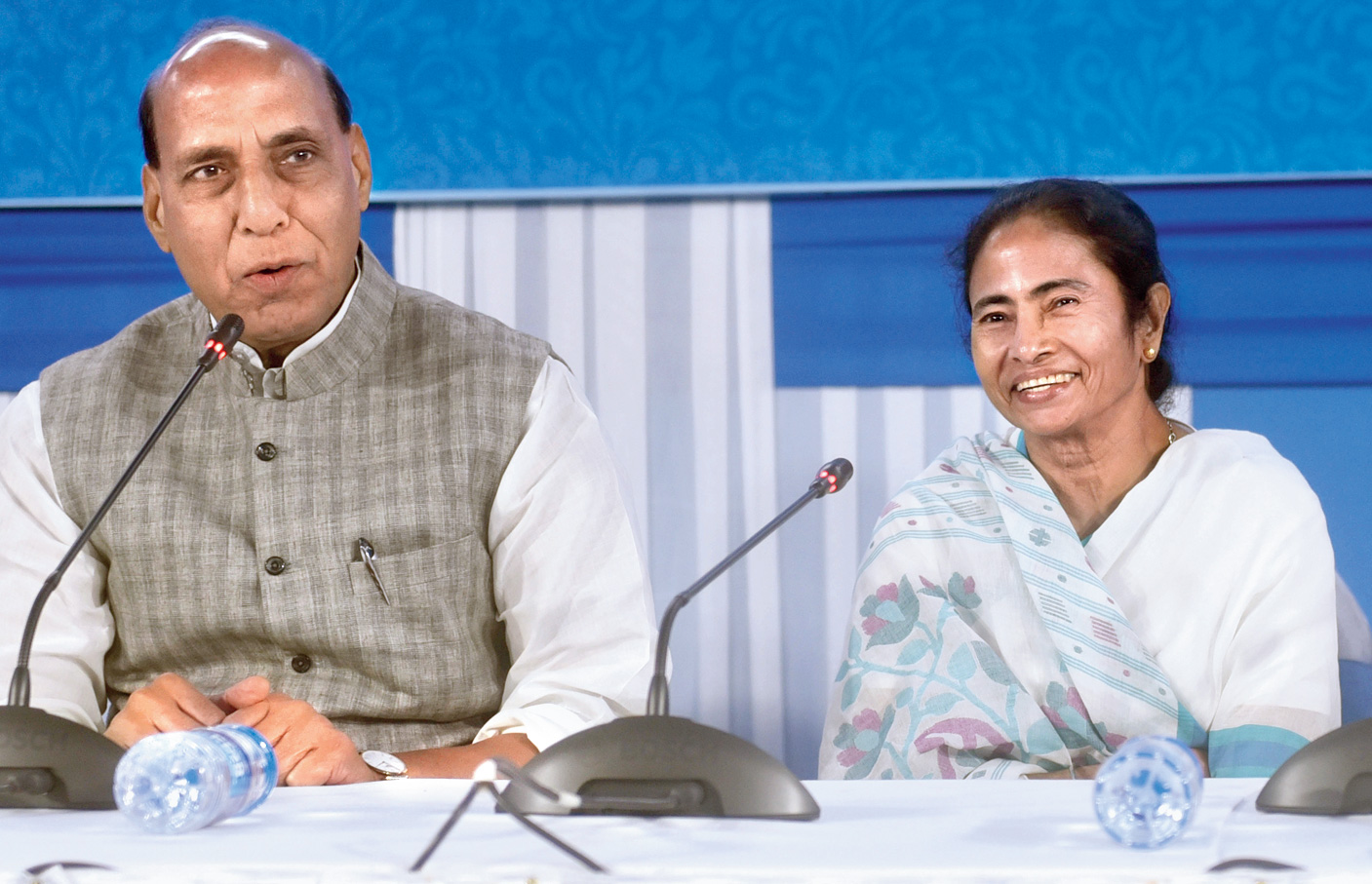 Union home minister Rajnath Singh on Monday said all states had been asked to initiate steps to identify the Rohingya residents, collate their biometric data and send a list to the Centre.

The move, officials said, could test the stance of the Bengal government, which has so far opposed the deportation of the Rohingya back to Myanmar.

“Detailed guidelines have been issued to the states. They (the Rohingya) have to be identified and their biometric has to be done. The list (of the Rohingya) has to be sent to the Centre. The Centre will take up the issue with the Myanmar government through diplomatic channels,” Rajnath said after a meeting of the Eastern Zonal Council here.

Sources said the announcement in the presence of Mamata was significant as Bengal, among the four states that took part in Monday’s discussions, had some Rohingya.

“It is uncomfortable for the state because the home minister announced the guidelines from a stage where the Bengal chief minister was also present,” an official said.

Bengal has so far has not taken any steps to identify the Rohingya. It had informed the Centre a few months ago that 40 Rohingya had been lodged in jails. Sixty-one others, who have identity cards issued by the United Nations High Commissioner for Refugees, are in shelters. The information was sent as the Centre wanted to know how many Rohingya were identified in the state, sources said.

“Intelligence reports pointed to the presence of 168 Rohingya in South and North 24-Parganas. But the state government mentioned figures from official documents,” said an official.

A top Bengal official had told The Telegraph earlier that the state government did not take initiatives to identify the Rohingya from the Rakhine state in Myanmar as it felt that it was not its job to keep track of them.

“If they have crossed the international border and taken shelter in the border areas of the state, it is the fault of the central agencies as they guard the frontiers. Also, if they have to be pushed back, it is the Centre’s responsibility and the state has nothing to do with it,” the official had said.

A section of the officials said the state government’s stand on the Rohingya would be tested after the announcement of the Union home minister.

“It is clear that the Centre will now take steps to deport nearly 40,000 Rohingya after getting inputs from the states. It will be tough for the state to oppose the decision as the BJP has started highlighting the issue of illegal immigrants and using it as a political plank. The state will take a decision on the issue soon,” said a source.