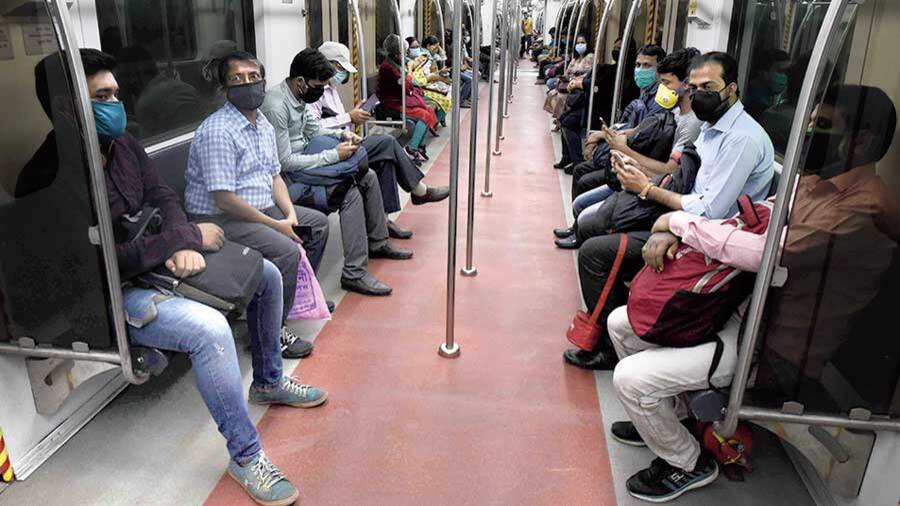 One in every two persons tested for Covid-19 in Calcutta has been found positive over the past week with the city’s test positivity rate touching 55 per cent, the highest among 721 districts nationwide.

High positivity rates signal large epidemics, and the health ministry has set 10 per cent positivity over two weeks as a threshold beyond which district authorities should impose lockdown-like restrictions. Howrah’s positivity rate during the January 1-7 week was 42 per cent.

Bengal’s 12 districts are among 78 nationwide where the positivity rates have exceeded 10 per cent over the past week.

India on Saturday recorded 141,900 new Covid-19 infections, a 21 per cent increase over the 117,000 cases the previous day. Medical experts say India’s epidemic is now spreading faster than ever observed.

“The effective RT for India is highest through the period from April 2020,” said Giridhar Babu, an epidemiologist at the Indian Institute of Public Health, Bangalore. “It is 1.73 as of January 6, 2022. The (previous) highest was 1.65 in March 2020,” he said, citing calculations by Bhramar Mukherjee, a biostatistician at the University of Michigan, and her colleagues.

The RT is a measure of the speed of the epidemic. An RT value of 1.73 implies 100 cases will give rise to 173 new infections.

The health ministry had last month asked states to introduce lockdown-like restrictions to contain and curb infections in any district where positivity rates exceed 10 per cent or where oxygen and intensive care unit bed occupancy in hospitals exceed 40 per cent.

Mumbai’s positivity rate is 25 per cent, while it ranges from 10 to 20 per cent across Delhi.

Health secretary Rajesh Bhushan on Friday reviewed the preparedness of oxygen equipment, on-site oxygen generation plants, and ventilators and urged states to ensure that all such hospital resources are kept in a functional state to meet any emergent situation.