Monsoon no longer shy, arrives with a bang in Bengal 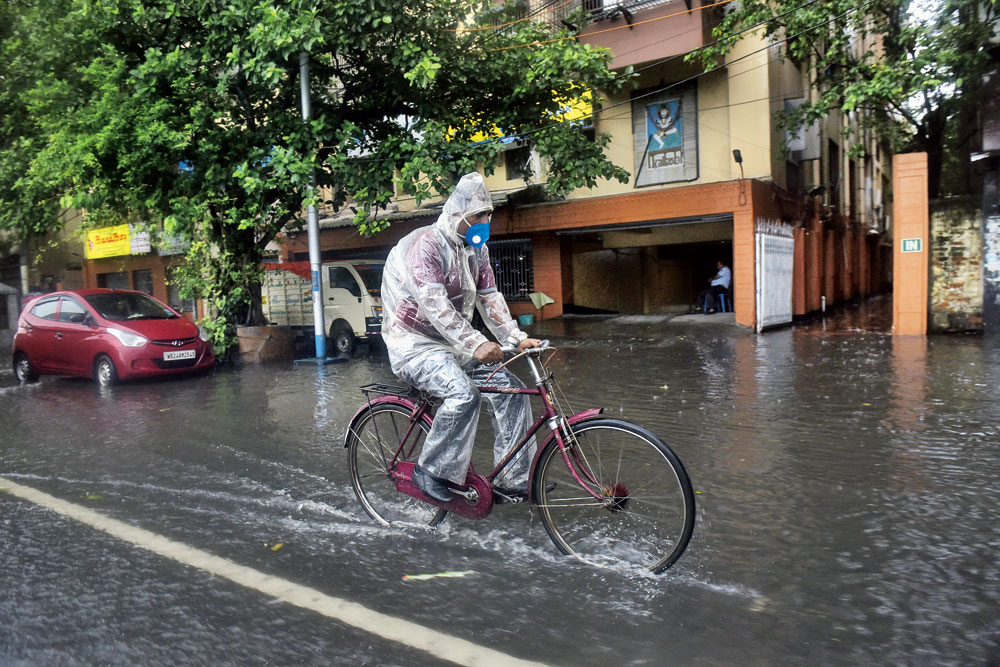 The monsoon set foot in Calcutta on Friday, bringing formidable rain along with it, unlike the meek entries over the past few years.

The strong monsoon currents were attributed to a low-pressure area over the Bay of Bengal. The Met office recorded around 39mm of rain in Alipore since Friday morning.

“The monsoon has set in over most parts of Bengal, including Calcutta. Conditions are favourable for its advancement into the remaining parts over the next 24 hours,” said Sanjib Bandyopadhyay, deputy director general, India Meteorological Department, Calcutta.

Between 5.30pm on Thursday and 5.30pm on Friday, New Market received around 50mm of rain, Cossipore 35mm and Joka 30mm, according to pumping stations of the civic body.

For the past few years, the monsoon's arrival in Calcutta had been timid.

The maximum temperature on Friday was 31.2 degrees, three notches below normal. “Saturday’s maximum will be around 30 degrees. Once the low-pressure area dissipates, the temperature will rise,” said a Met official.