Calcutta: Get set for motorsport season 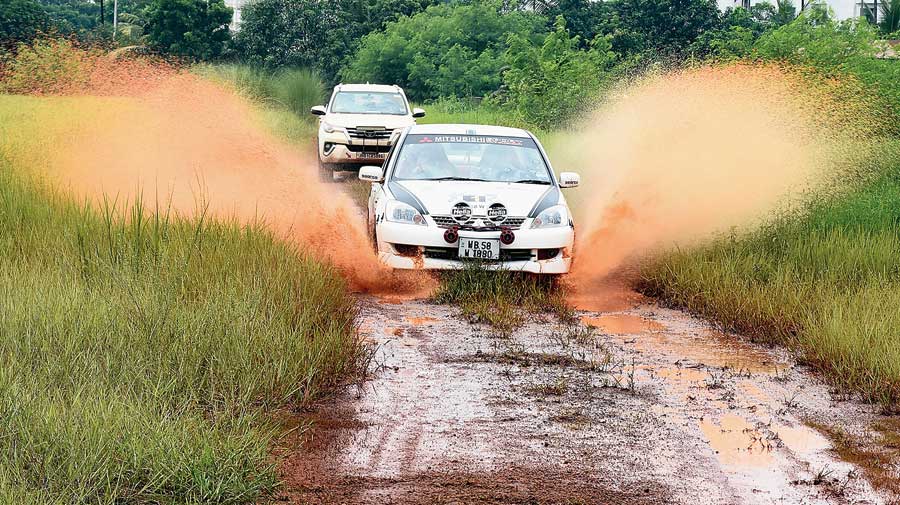 The season for motorsports is fast approaching and eastern India has its fair share of four-wheel and two-wheel rallies, treasure hunts, drag races and Time-Speed-Distance rallies.

A number of such events have been cancelled since March because of the Covid pandemic and the lockdown. Now, motorsports clubs and organisers are gearing up to restart their engines and press the pedal to the metal between December and January.

Unlock guidelines have allowed motorsports, a largely non-contact sports. The Federation of Motor Sports Clubs of India (FMSCI) has spelt out the standard operating procedures — which include following distancing rules, downloading the Aarogya Setu app, using masks and sanitisers, and maintaining minimal contact — that need to be followed for such events.

Calcutta and eastern India have a fairly busy motor sport calendar throughout the year. But many big-ticket and regular events, including the Calcutta-Santiniketan Kabiguru Rally, the Jangalmahal Rally in the forests of Belpahari and Kankrajhor in West Midnapore and the Himalayan Drive in north Bengal, Sikkim, Bhutan and Nepal, had to be cancelled.

Clubs are now all set to hold the first of their events, starting December. “It’s an uphill task to organise motorsports again. It is impossible to have physical meetings because of lockdowns and unless you can meet you cannot organise such events,” Souvik Ghosh of Kolkata-on-Wheels, which organises drives, rallies, drag races in the city, said.

Besides the organisational obstacles, clubs have been hit by the economic downturn that has affected corporate sponsorships. “The main sponsors are lubricant companies, battery-makers and car manufacturers. They had a publicity budget that allowed them to sponsor such events, which fetched them good branding. That budget has taken a hit because of the pandemic,” Ghosh said.

The rally season will kick off with Just Sportz organising their Monsoon Drive, a Time-Speed-Distance rally between Panchla, in Howrah, and Haldia, in East Midnapore, on December 19.

According to the club calendar, Monsoon Drive is generally held in September or October. This time it has been pushed to December, Suchandan Das of the club said.

Speaking about sponsorships, Das said: “We are digging into our own pockets to organise these events for motorsports lovers. We are itching to get behind the wheels.”

The Monsoon Drive will be followed by autocross and motocross events on December 20 at the Haldia mela grounds by Motorsports Association of Eastern India (MAEI). “We will follow the FMSCI protocols and ensure the ground is sealed off with no spectators,” Sourav Chatterjee of MAEI said.

Kolkata-on-Wheels will do a non-competitive drive tour to Odisha between January 23 and 26. But its flagship event, a treasure hunt that used to be held in December-January, will probably not take place.

“We had close to 150 vehicles participating in the treasure hunt… it seems doubtful this year,” Ghosh of Kolkata-on-Wheels said.

The Bengal Motor Sports Club had planned to organise a drive to commemorate Netaji’s birth anniversary. It will start from Elgin Road.

The club, which organises the Kaviguru Rally and the Indo-Bhutan rally, has had to call off these events because of the lockdown.