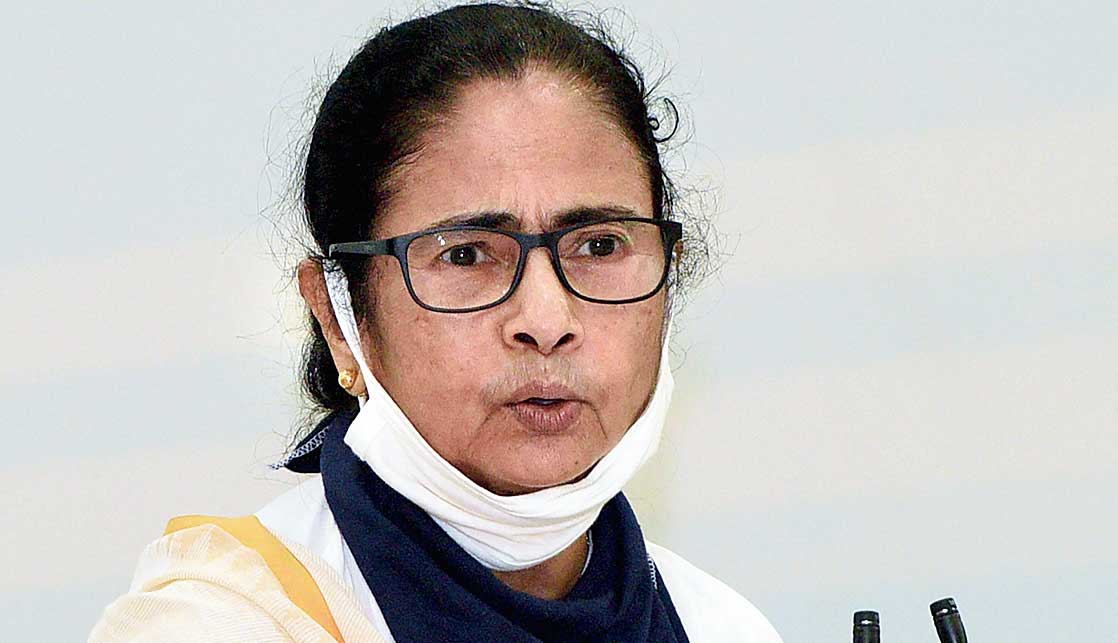 Chief minister Mamata Banerjee on Wednesday listed in detail the damage caused by Cyclone Amphan in Bengal, attributing the data to primary information sent by officials from the districts.

During a videoconference from Nabanna with district magistrates and police superintendents, she described the devastation under several heads and recommended measures to provide relief to the nearly “60 per cent of the state’s population” that has been affected.

Some of the damage assessment and the instructions given by the chief minister:

“Please ensure that nobody faces starvation (in the camps). You can borrow foodstuff and feed the affected people, if necessary,” Mamata said.

Homes: 10 lakh dwellings damaged. The state will release Rs 20,000 for each damaged dwelling. “With this, many of them can be repaired. Later, we will build houses under the Bangla Awas Yojana,” Mamata said.

She instructed government officials to ensure that the house owners receive the money without delay. Task forces will be formed, one at the state level and the others at the district level, to ensure there’s no anomaly in the list of beneficiaries, she said.

Drinking water: Some 1,231 water supply projects, out of 1,746, are damaged. Saline water has submerged many villages.

The state will release Rs 100 crore to install tube wells in the cyclone-hit areas. “I don’t want projects to get delayed in the name of ‘assessments’. The installation of tube wells and assessments can be done simultaneously,” Mamata said.

Power: On Wednesday afternoon, power had yet to be restored to around 30,000 CESC consumers, the chief minister said quoting from a report by the utility.

She asked officials to coordinate with CESC so that the remaining 30,000 consumers too get back electricity quickly.

Mamata enquired whether CESC could bring in workers from Rajasthan to meet the shortage of manpower.

The state-run WBSEDCL informed Mamata that connections had been restored in 101 civic body areas, barring the areas under the Pujali and Gobardanga municipalities.

“A total of 4.5 lakh electricity poles were uprooted or damaged. Many rural areas are still under water. Until the water recedes, poles cannot be erected. It has to be ensured that stagnant water does not lead to electrocution,” Mamata said.

Embankments: Some 160km of river embankments, mainly those along the Raimangal, Matla, Bidyadhari, Muriganga and Hatania-Doania, have been breached. Several embankments in Kultali, Hingalganj and Patharpratima have become weak and could be breached during high tide.

Repairs have to start immediately, Mamata said. If the damaged and breached portions are not repaired, fresh areas could be inundated during high tide on full moon, a few days from now, she added.

Agriculture: Some 10.5 lakh hectares of farmland and about 1 lakh betel leaf farms are affected.

A sum of Rs 5,000 will be given to each of the damaged betel leaf farms. Mamata has instructed officials to calculate the damage to agriculture within three days.

The chief minister said the state government would distribute paddy seeds that can be grown in saline water among farmers in the cyclone-hit areas so they can start sowing for the coming kharif season.

The PWD will repair its 317km of damaged bituminous roads as early as possible while the Sunderbans development affairs department will start repairing 700km of village roads. The rest of the damaged rural roads will be repaired by the panchayat department once the water recedes.

Buildings: About 1.1 lakh school buildings are damaged; so are 2,000 health centres and 4,200 ICDS centres.

The respective departments have been asked to undertake repairs immediately. Mamata said the toilets at the school buildings must be repaired first. Some schools will be turned into institutional quarantine centres for migrant workers returning from five states.

Other damage: Saline water has entered about 58,000 hectares of water bodies; 8,000 fishing boats are damaged; 9 lakh heads of cattle are dead.

The chief minister asked the respective departments to make use of the available funds to help those affected.

“For a year, saline water fish can be cultivated in the ponds where saltwater rushed in,” she said.