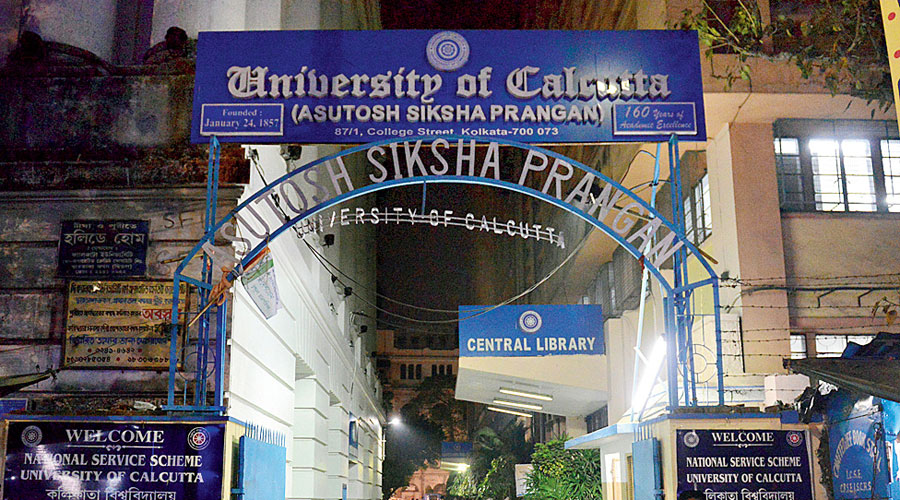 Vice-chancellor Sonali Chakravarti Banerjee said the internal marks would be sent by the colleges to the university within July 10.
File picture
Our Special Correspondent   |   Calcutta   |   Published 03.07.20, 04:01 AM

Calcutta University will assess its final-year students in the terminal examinations by giving 80 per cent weightage to the previous results and the remaining to internal assessment as advised by the higher education department last week.

The university’s syndicate on Thursday decided on the assessment mechanism for the undergraduate and postgraduate students.

The syndicate resolved that the BA, BSc and BCom students under the annual system (Part-1, Part-II and Part-III) will be assessed in their final exams by giving 80 per cent weightage to the best aggregate percentage of the previous two years and the 20 per cent to the scores in the tests, conducted before the finals.

Vice-chancellor Sonali Chakravarti Banerjee said, the internal marks would be sent by the colleges to the university, paper-wise and course-wise, within July 10. “These marks will be posted on the university website after the results are published,” she said.

In the BCom programme under the choice-based credit system (CBCS), introduced in 2017, the students in the final semester will be assessed by giving 80 per cent weightage to the best aggregate percentage of previous five semesters and 20 per cent to an internal evaluation of the best of previous semesters.

A CU official said, the marks in the paper in which a student failed to make the cut, both in the annual and in the CBCS system, will be taken from the best score obtained in the other qualified papers of that year or semester.

In the postgraduate programmes, 80 per cent weightage will be given to the best aggregate percentage of the previous three semesters and the rest to the internal assessment, which will be decided by the corresponding department through the departmental committee or faculty council.

“The details of internal assessment will be sent by the head of the department to the controller of examination within July 10,” said an official.

The education department through an advisory issued on Saturday suggested the universities assess the students in the 80:20 format. “We advised that bare minimum weightage be given to internal assessment as we feared that the colleges would award marks indiscriminately,” said an official of the department.

In professional courses like engineering, law, management, 80 per cent of the marks in the term examination will be awarded on the basis of internal assessment/mid semester exam/best of the aggregates of the previous semesters and the remaining from the assignment based evaluation.“This mechanism too follows the advisory,” said a university official.