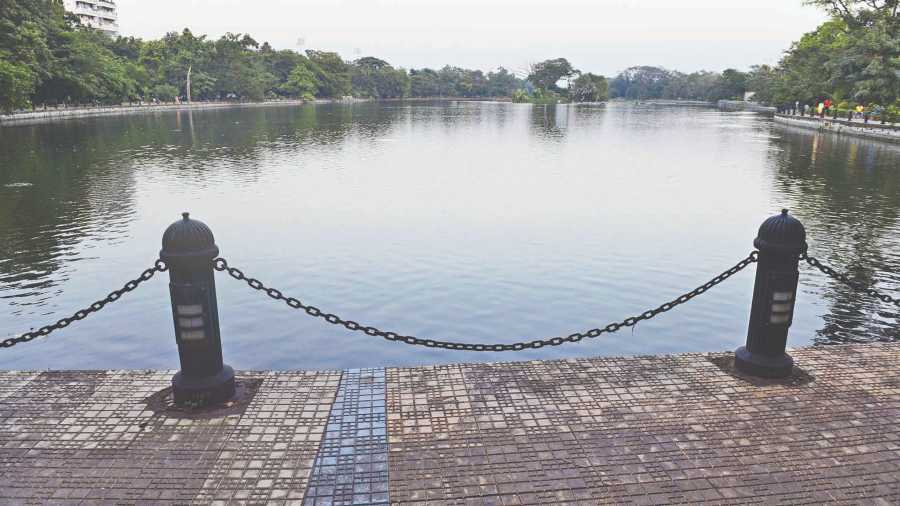 The Supreme Court has agreed to hear on Thursday a petition by the state-run Calcutta Metropolitan Development Authority (CMDA) seeking permission to allow Chhath Puja at Rabindra Sarobar, changing Monday’s order that scheduled the hearing for next week, a lawyer appearing for the agency said.

The bench of Justices U.U. Lalit, Vineet Saran and Shripathi Ravindra Bhat fixed the matter for hearing on Thursday after counsel for the CMDA, the custodian of the south Calcutta water body, mentioned the urgency of the matter before it.

Chhath Puja will be celebrated over Friday and Saturday. “We mentioned the urgency of the matter before the bench on Tuesday. The bench then fixed the matter for hearing on Thursday,” said a lawyer for the CMDA.

The National Green Tribunal (NGT) had in 2017 banned all pujas, picnics and other social events on the Rabindra Sarobar premises to protect its environment.

The CMDA’s keenness to allow Chhath Puja on the Sarobar premises has stoked suspicion and bewilderment in many Calcuttans. They said they failed to understand why the custodian was so determined to allow something that threatened to harm the place.

Author Amit Chaudhuri, who has been fighting to protect Calcutta’s heritage, said: “I am a bit bewildered why the government is pushing so much to have Chhath Puja inside the Sarobar, when the fallout was evident in previous years. Rabindra Sarobar is a public inheritance.”

Chaudhuri said Sarobar was not the property of the government or a set of people. Every Calcuttan has the right to know why the government feels so strongly about allowing Chhath Puja at Rabindra Sarobar, he said.

Calls to state urban development minister Firhad Hakim, who is also the CMDA chairperson, went unanswered. Antara Acharya, the chief executive officer of the CMDA, refused to say why the CMDA was so keen on organising Chhath Puja at the Sarobar.

Environmentalists have said Chhath rituals at the Sarobar affected the ecology of the place, drove away birds and harmed aquatic lives.

Mani Prasad Singh, president of the Rashtriya Bihari Samaj, said about 10,000 people who live close to Rabindra Sarobar performed Chhath rituals there. “It has been an old practice. This year we are urging people to perform the rituals at home because of Covid-19. Those who want to visit ghats should go elsewhere if the Supreme Court does not allow Chhath Puja at Rabindra Sarobar,” he said.

In 2018, the state government or the CMDA made no efforts to stop devotees from entering the Sarobar complex to perform the rituals. Last year, the CMDA had locked the gates of Sarobar but devotees broke them and entered the compound, while police looked the other way.

The CMDA had in September approached the NGT with a plea to allow Chhath Puja at the Sarobar. The tribunal refused to hear the plea, after which the CMDA moved the apex court.

Rakesh Dwivedi, a senior advocate appearing for the CMDA, had said on Monday that the bench before which the matter came up on Monday did not hear the matter on November 2. Monday’s bench said that since the previous bench had issued a notice to the respondent, it (the previous bench) should hear the plea, said Dwivedi.