The ex-CM is undergoing treatment at home; his oxygen levels are fluctuating 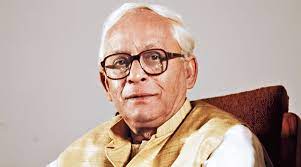 His wife, Mira Bhattacharya, who contracted the disease first, is admitted in a private hospital in Calcutta with respiratory complaints. The ex-CM is undergoing treatment at home; his oxygen levels are fluctuating.

"Swab samples of Buddhadeb Bhattacharya, his wife and their attendant were collected this morning and they tested positive for the disease," a source said on Tuesday.

A medical board has been formed for Mrs Bhattacharya at the hospital, he added.

"Doctors are seeing the former chief minister at home and they are constantly keeping a tab on his health condition," the source said.

Bhattacharya has been suffering from chronic obstructive pulmonary disease (COPD) for a while, and was released from hospital care a few months ago after being treated for complications arising from the same. He was advised to stay at home by physicians, and could not cast his vote in the recently concluded West Bengal Assembly elections.

The communist leader was also not seen at the left front's brigade meeting, organised before the polls.