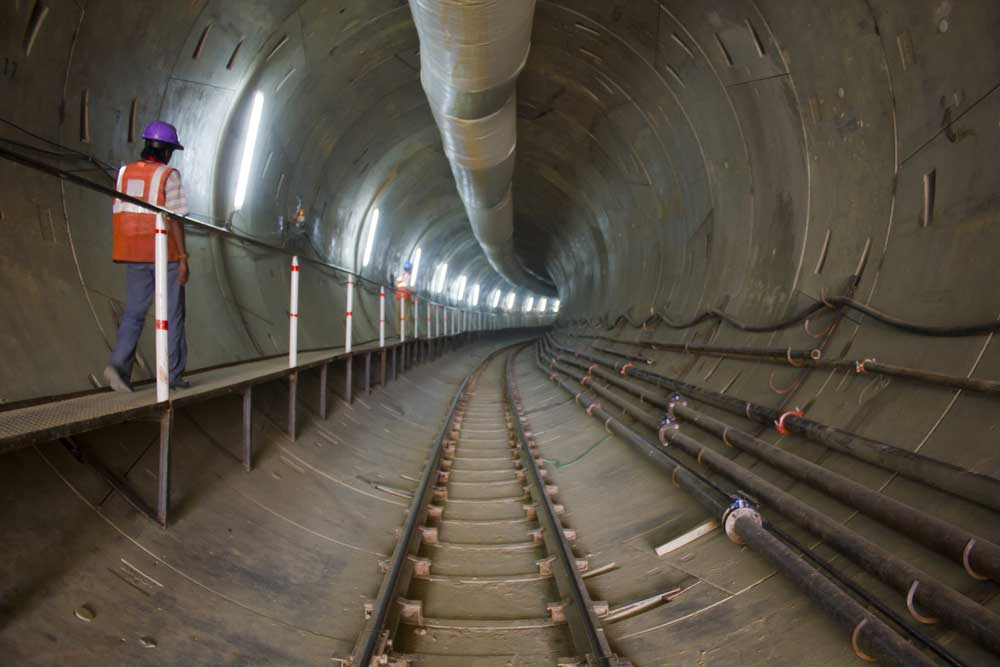 Many of the Metro officials this newspaper spoke to, however, said the number of trains was unlikely to reach 300 before the new rakes from the Integral Coach Factory were included in the fleet.
(Shutterstock)
Debraj Mitra   |   Calcutta   |   Published 26.01.19, 09:07 PM

Metro Railway will run 284 trains on weekdays, down from 300, starting this Monday.

The official reason for the drop is a speed restriction that will be reimposed on trains entering and leaving Esplanade for boring a pair of tunnels between Esplanade and Sealdah as part of the East-West Metro project.

Many of the Metro officials this newspaper spoke to, however, said the number of trains was unlikely to reach 300 before the new rakes from the Integral Coach Factory were included in the fleet.

“We will run 284 trains from Monday to Friday instead of 300 till further notice,” Indrani Banerjee, the Metro spokesperson, said. “The timings of the first and last trains will remain unchanged at 6.45am and 9.55pm.

“A speed restriction of 10kmph will be imposed on trains entering and leaving Esplanade from Monday. The reduced speed would mean a couple of minutes lost on every ride. Trains will reach almost every station late and it will be very tough to run 300 trains every day.”

A similar restriction was imposed in November as a precautionary measure as a tunnel was being burrowed to cut a series of steel joists standing in the way of the East-West Metro tracks.

The speed of trains had dropped to 10kmph from 25kmph while entering or leaving Esplanade for burrowing the tunnel, 8.25m underneath the station and 21m below the road level.

There were more than 20 beams in the way and the last ones were cut in the first week of January. The speed curbs were lifted on January 9.

The curbs had led to a cumulative delay that the carrier found difficult to manage, leading to frequent complaints of disruptions. “We want to avoid a similar situation this time,” an official said.

Even after the speed curb was lifted, the authorities could not maintain punctuality because of overcrowding, the official said.

“Even if a train is late by half a minute at each station, it means 8-10 minutes are lost on a trip. It also means some trains are cancelled every day and we are not running 300 trains daily,” the official said. The number has been between 290 and 295.

“The reduced quota of 284 trains will increase the gap between trains by a couple of minutes but it will be a realistic target that can be achieved,” another official said.

The tunnel-boring machine will reach under Esplanade station on February 4, an official of Kolkata Metro Rail Corporation, the implementing agency of the East-West Metro project, said. It should cover the boring the area in a month, he said.

The speed curb might be lifted after that but the chances of going back to 300 trains are slim unless at least two new rakes join the fleet, the official said.

Metro had reported on January 16 how four new AC rakes that had arrived a couple of years ago have had their deployment delayed by a fire involving a train from the same factory.

The AC rake that caught fire between Rabindra Sadan and Maidan on December 27 might have made the Railway Board wary of the new trains from the Integral Coach Factory in Chennai.

The Commissioner of Railway Safety had cleared the four rakes for deployment through a communication to the Railway Board on December 10, a railway ministry official said.

But Metro Railway, which will operate the rakes, is still to get the go-ahead from the Railway Board to add them to its fleet.

The carrier uses 20 rakes every day and keeps two on standby. The rake that caught fire on December 27 has not been used since.

The electrical department, which is in charge of maintaining rakes, is struggling to provide the two standby rakes every day, an official said.