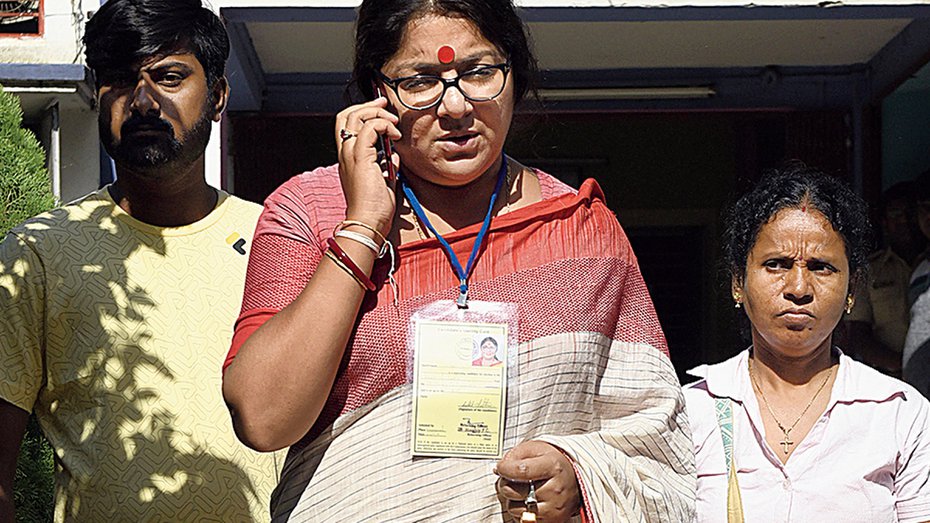 "From Monday, there will be small rallies in all districts, at the booth and mandal levels”, said lawmaker and state general secretary Locket Chatterjee
File picture
Arkamoy Datta Majumdar   |   Calcutta   |   Published 26.09.20, 01:59 AM

The BJP is forced to press a pause button on its strategy of using the coming festive season to build its divisive narrative using the Citizenship Amendment Act and plan a slew of programmes over the next few weeks.

The strategy has been changed because of reports from rural Bengal that ordinary people are raising concerns over the three agriculture reform bills, which non-BJP parties are calling “anti-farmer”.

Multiple sources in the BJP said they were preparing to use the festive season to build opinion in favour of the CAA as part of its preparations for next year’s Assembly polls.

That plan is put on hold for the time being, said a source while adding that the aggressive campaign of the non-BJP parties to portray the three legislations “anti-farmer” had compelled the saffron camp to hit the streets with its side of the narrative.

“The situation in Bengal warrants more action from our side as we are under attack by the Trinamul Congress and the Left-Congress combine,” said a source in the BJP.

To begin with, state BJP functionaries will hold 13 news conferences across Bengal on Saturday, each describing the virtues of the three bills.

The programmes will be taken to small towns and rural areas in the next week as the target audience are rural people, a majority of whom depend on agriculture.

“From Monday, there will be small rallies in all districts, at the booth and mandal (smallest organisational unit of the BJP) levels,” said lawmaker and state general secretary Locket Chatterjee.

“Our workers and leaders will meet farmers and their families to discuss and explain the farm bill to them,” she added.

Several other plans — like small videos with farmers themselves speaking of the benefits of the bills and hand-outs on how the laws will give farmers a better deal — are also being drawn up to counter the offensive from the non-BJP parties.

“The farm bills are an immediate issue and top of the mind in view of the debates surrounding them... We cannot let our opponents create a narrative,” said the source.

A section of the party’s state leadership feels that the defeat it had to face in the bypolls in three legislative seats last year — within six months of bagging 18 Lok Sabha seats from the state — was because of the state unit’s failure to counter the anti-CAA narrative of Mamata Banerjee and other parties. The party can’t afford to make the same mistake this time, the source said.

“For the first time, our party is so close to coming to power... We cannot allow miscommunication regarding the farm bills to continue," a senior leader said.