Sources claimed that a mature ibis draws high demand for private zoos and as pets, usually sold at Rs 50,000 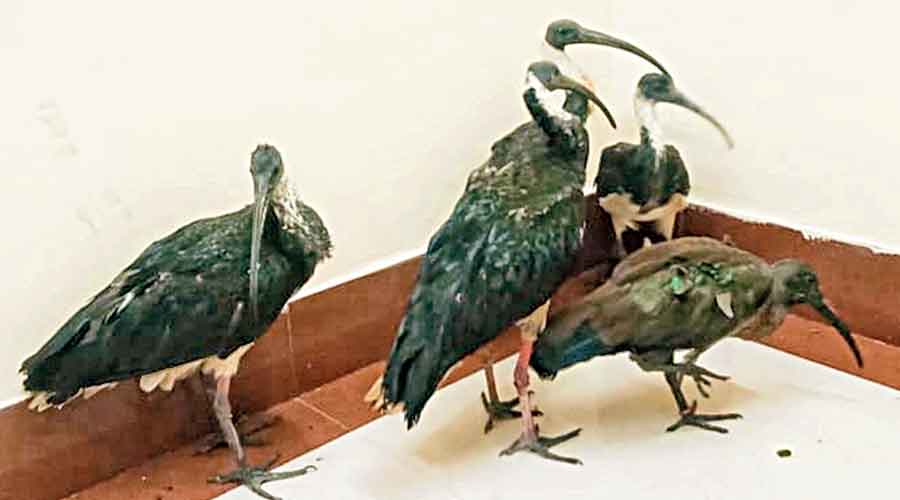 The Border Security Force rescued five straw-necked ibises, which are Australian migratory birds, from near India-Bangladesh border in Nadia’s Hridaypur on Friday night.

According to BSF sources, the birds were being smuggled to India from Bangladesh and the officials could not ascertain how the smugglers got the birds as they managed to flee.

The exotic birds were later handed over to foresters of Bethuadahari forest. “The birds have been given an oral rehydration solution and are currently under observation,” said a forest official.

The BSF sources claimed that a mature ibis draws high demand for private zoos and as pets. It is usually sold at Rs 50,000 by smugglers.

A BSF spokesperson of the South Bengal Frontier said a patrolling team attached to the 82 battalion spotted mysterious movement of persons close to the border around 8.30pm on Friday. They challenged the group, but the smugglers fled leaving a cage with the birds.

“Smuggling of exotic birds is not new, but newer and rarer varieties of birds are being smuggled and this is quite surprising,” the BSF spokesperson added.