Current state leadership, led by Sukanta Majumdar and Amitava Chakraborty are ready to forego the memories of the martyrs as they have sidelined the old-timers, a party source said 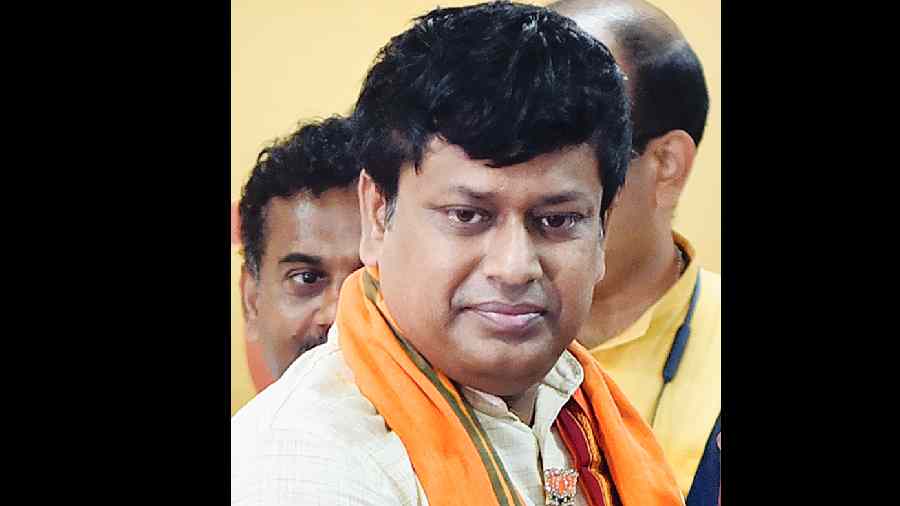 The BJP this year dropped its shaheed tarpan event, organised on the morning of Mahalaya since 2019 to pay tribute to those allegedly killed by the goons of Trinamul.

That the BJP did not hold tarpan for its “martyrs” on Sunday irked many inside the party. “What do we actually stand for? Durga Puja and shaheed tarpan events were becoming our trademarks…. our reply to Mamata Banerjee’s July 21 flagship event. Now it is cancelled,” said a party source.

This person also alleged that the current state leadership, led by state chief Sukanta Majumdar and state general secretary (organisation) Amitava Chakraborty are ready to forego the memories of the martyrs as they have sidelined the old-timers.

“We have not been able to stand beside the families of all the martyrs. Through the tarpan we could at least remember them and remind their families that we are with them. The new leaders appear to have done away with their memories,” the source alleged.

The BJP claimed that more than 60 of its workers have been killed in Trinamul atrocities only in the post-poll violence since May 2 last year. The tarpan event was conceived and started in 2019, with party chief J.P. Nadda flying down to Calcutta to participate in the event. In 2020, Kailash Vijayvargiya, then minder of the state unit, performed the rituals at the Golabari Ghat near Bagbazar. Several members of families of the “martyrs” were present at the event.

National vice-president Dilip Ghosh and North Calcutta organisational district chief Kalyan Choubey performed the rituals in 2021, even after the party’s Assembly poll debacle. In 2022, the day of Mahalaya remained lacklustre for the saffron camp.

No central event was organised and a few leaders performed the rituals in their individual capacities.

“In 2021, the event was not organised by the state committee but by the North Calcutta district committee. Still, it was a centralised event in Calcutta. There was some buzz about it. It appears this year our new leaders have forgotten the importance of the event,” said a former general secretary of the party.

Hooghly MP Locket Chatterjee and Kharagpur Sadar MLA Hiran Chatterjee had organised tarpan rituals individually. Locket, who is one of the five general secretaries of the party, said: “I’ve been doing this for the martyrs since 2019.”

On why her party did not hold the event centrally, she refused to comment. Majumdar had already announced that the Durga puja organised under his party’s banner will be discontinued from 2023. Started in 2020 ahead of the Assembly polls, it was virtually inaugurated by Prime Minister Narendra Modi. The Balurghat MP cited funds crunch as the reason to discontinue the Puja.

“According to Hinduism a puja if started once must be continued for three consecutive years. The Puja's 2022 edition will be the last one,” he said. This decision has not gone down well with many in the party either.