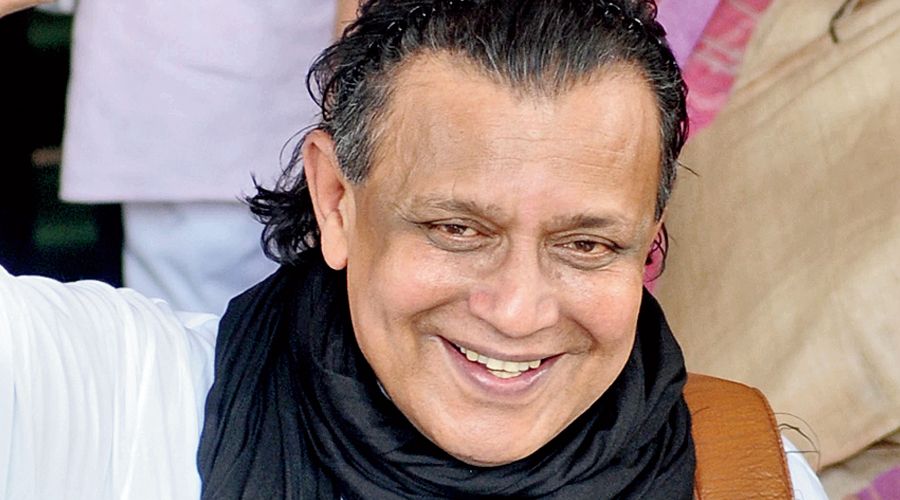 Bengal BJP leaders have trained guns at the South Dinajpur district administration for not allotting a room to actor-politician Mithun Chakraborty at the Balurghat Circuit House, alleging that officials acted on Trinamul’s orders.

On Sunday, Mithun is scheduled to reach Balurghat to inaugurate the Durga Puja of the New Town Club.

He will also meet district leaders in the presence of Sukanta Majumdar, the state BJP president and Balurghat MP, and Ashok Lahiri, the MLA of Balurghat.

Administrative sources said all the rooms were booked.

Mrinal Sarkar, district Trinamul chief, said there was “a specific process to get a room” at the Circuit House and the BJP’s charges were baseless.

The BJP has booked a room at a Malda hotel for Mithun.

A fact-finding team set up by BJP chief J.P. Nadda to probe alleged police excesses during the march to Nabanna shared its report with him on Saturday.

It recommended a CBI probe and an inquiry by the National Human Rights Commission.

It attacks Trinamul MP Abhi­shek Banerjee for “recklessly” saying he would have shot the protesters in the head. It na­mes three IPS officers — Siddhinath Gupta, Damayanti Sen and Praveen Kumar — who “ignored” their duties and acted in a “partisan” way.

According to the report the Bengal police acted on Trinamul’s orders, injuring 750 people and arbitrarily arresting 550. 45 BJP workers are still missing, the report said.