He, however, did not indicate any specific timeline about his proposed exit 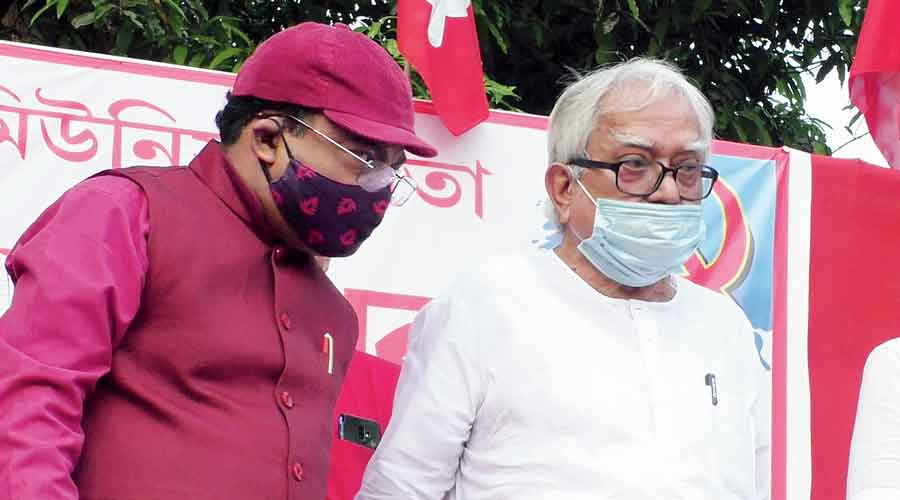 CPM veteran and Left Front chairman Biman Bose wants to be “relieved” from all “party committees” soon to pave the way for new faces in the leadership.

Bose, now 81, and the party's politburo member, attributed his decision to age and advised the party to repose faith in younger leaders.

He, however, did not indicate any specific timeline about his proposed exit.

Speaking at a condolence meeting of former party MLA Nani Malakar in Nadia's Haringhata on Monday evening, Bose clarified the age factor and said: “There is no question of continuing in the leadership anymore. This would be unethical.”

He added: “It is not just that I have decided thus. Even if I wish to stay it won’t possible for me. I told this to our state secretary Surjya Kanta Mishra in the last state conference. We have certain regulations. So I told him that I should be relieved from all party committees.”

Indicating this was the need of the hour, the octogenarian leader said: “You may wonder why I am saying this... because the new ones should be given the responsibilities in the leadership. New, young faces once had played the key role in developing the party. People like M.N. Roy were there… he was below 30 then,” he said.

Categorically announcing he wouldn't be in any committee of the party, he said he would work as a party member without a portfolio.

“I will not be in any committee, but remain in the party and obey all the directives and the do the job the leadership assigns me,” he said.

“Even on (the matter of) attending district conferences, I told Surjya Kanta Mishra about my choice. I will go wherever he advises. Similarly, I will do whatever work the leadership asks me to do.”

He added: “Jara party koren tader modhye ei manovab thaka uchit (those in the party should have this mindset),” he told his colleagues.