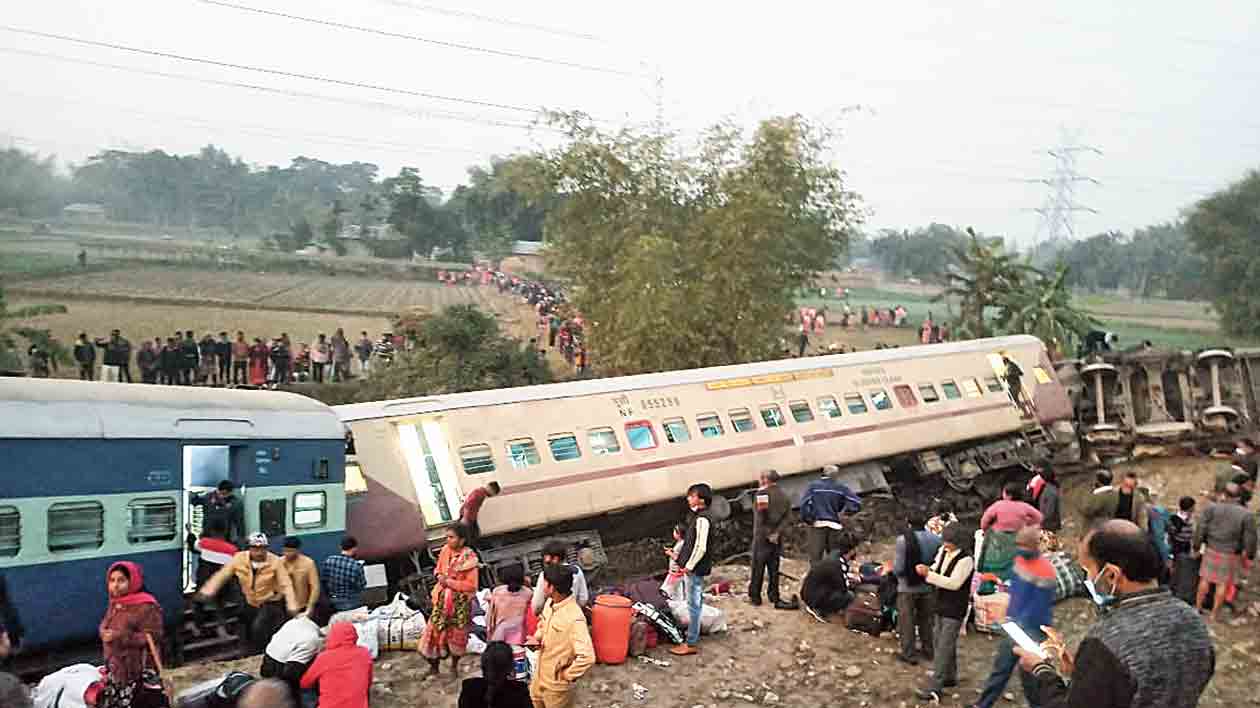 Some of the derailed coaches of the Bikaner-Guwahati Express at Domohoni in Jalpaiguri district
Biplab Basak
Our Bureau   |   Siliguri   |   Published 14.01.22, 03:35 AM

At least six people were killed and 50 injured when 12 coaches of an express train connecting north India with the Northeast derailed in Jalpaiguri district on Thursday.

“The number of casualties may go up as some passengers are still suspected to be stuck inside some of the derailed coaches,” a railway source had said in the evening when the toll was put at five. The figure was revised later.

The 15633 Bikaner-Guwahati Express, which was running late by around two hours, jumped tracks near Domohoni, located on the left bank of the Teesta river in Maynaguri block of Jalpaiguri district, around 5pm.
The movement of trains to and from north Bengal has been affected.