Bid to talk to Mamata on aviation in vain, says Scindia

He also said his ministry wished to set up a brand new airport in Calcutta, but the state was yet to hand over the land parcel required for the project 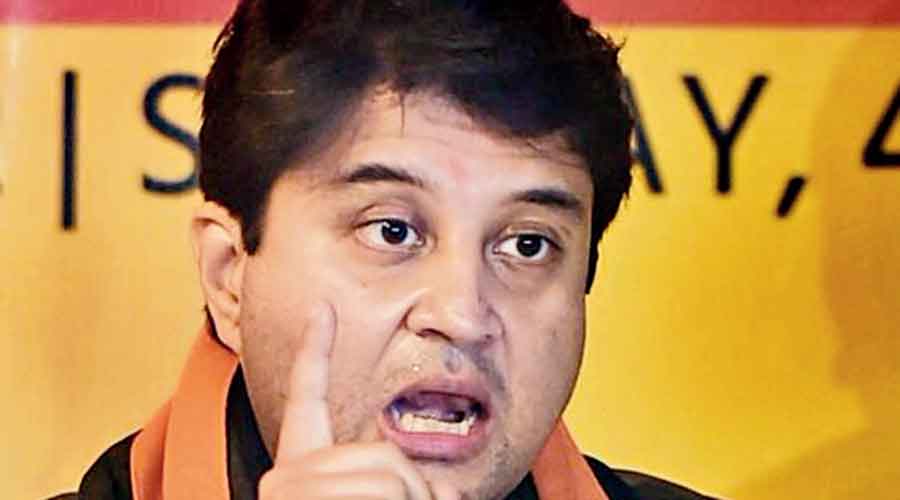 Union civil aviation minister Jyotiraditya Scindia on Sunday said he had been trying to speak to chief minister Mamata Banerjee for the past six months to discuss “important issues” related to the civil aviation infrastructure in Bengal, but his efforts yielded no results.

“For the past six months, I’ve been trying to speak to the CM so that we can proceed on several important issues, but that hasn’t yet been possible. Since there is no will to do it, how will it be possible? Scindia asked while addressing a news conference in Calcutta on the Union Budget.

He also said his ministry wished to set up a brand new airport in Calcutta, but the state was yet to hand over the land parcel required for the project.

“Letters have been exchanged and talks have been held. But the state government has taken no concrete steps. As long as land is not given to the AAI (Airports Authority of India), how can we start a new airport?” Scindia asked, adding that he wanted the new airport to be spread across 2 lakh square meters with a daily capacity of 10,000 to 11,000 people at its peak. The current airport, Scindia said, can handle 8,600 people at its peak in a day.

He alleged that the expansion of the Bagdogra airport was also stuck because of land issues and added that there were similar problems with the Hasimara and Kalaikunda airports.

However, the state government had recently identified the Bhangar 2block in South 24-Parganas to set up the second Calcutta airport after the Centre had rejected the state’s proposal to declare the Andal airport as the city’s second aerodrome.