Dharna to continue till 300-odd aspiring teachers are given jobs 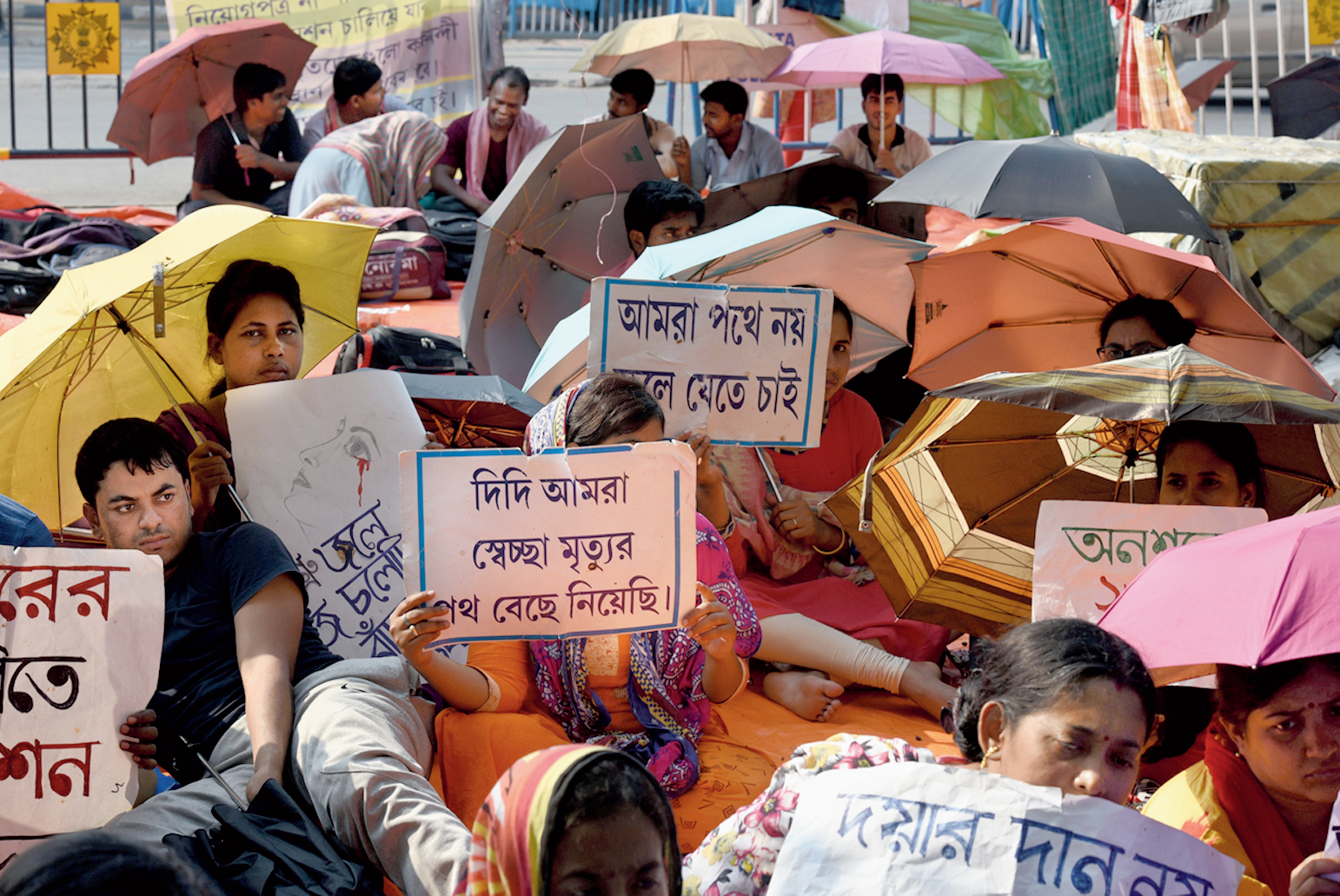 The state government on Friday set up a five-member fact-finding committee to look into the grievances of the 300-odd aspiring teachers, who have been holding an indefinite sit-in off the Maidan for 23 days demanding recruitment, and assured them that no eligible candidate would be deprived.

Education minister Partha Chatterjee met four representatives of the agitating candidates at Bikash Bhavan on Friday and appealed to them to withdraw the agitation.

He asked them to submit the details of their complaints to the committee in writing within two days and assured them of prompt action.

The protesters, however, said the dharna would continue till all of them were given jobs.

Chatterjee met the agitators for the fourth time on Friday. “I have appealed to them to withdraw the agitation. The government is ready to examine their complaints. Eligible candidates will not be deprived,” he said.

The West Bengal School Service Commission had conducted written tests in November 2016 and December 2017 for filling 12,905 vacant posts of assistant teachers for classes IX and X in state-aided and state-sponsored Madhyamik schools and 5,711 teachers for classes XI and XII in Higher Secondary schools.

The 2016 test was for filling vacancies in teaching posts for classes IX and X and the 2017 test to recruit teachers for classes XI and XII.

More than four lakh candidates had appeared for the two recruitment tests.

The commission appointed 9,350 teachers for classes IX and X and 4,889 for classes XI and XII on the basis of two rounds of counselling.

But the 300-odd agitators, whose names were on the waiting list, have alleged that there were enough vacancies to accommodate more teachers.

The aspiring teachers had approached the commission several times with their demands after the publication of the merit lists.

The indefinite sit-in, under the banner of SSC Yuva Chhatra Adhikar Manch, began near Calcutta Press Club on Mayo Road on February 28 after the commission turned down their appeal saying there were no more vacancies.

Minister Chatterjee assured the protesters on Friday that the five-member committee headed by Manish Jain, principal secretary, school education, would examine whether there had been any anomalies in the recruitment procedure .

“Teachers are recruited by the state school service commission. The government cannot interfere in the recruitment process or talk about the exact number of vacancies.

At the same time, we don’t want the agitating candidates to suffer. So, we have set up a panel to examine the complaints,” Chatterjee said.

The protesters said they had enough evidence to prove their point. “Our movement will not stop till all of us get jobs. There are enough vacancies in schools to accommodate all of us,” said Prakash Ghosh, an agitator from Gaighata in North 24-Parganas.

At least 50 of the protesters have fallen ill and many of them had to be admitted to hospital. Several pregnant women had joined the agitation. Mothers were seen sitting in protest, their toddlers in tow.

Indian Institute of Engineering Science and Technology (IIEST), Shibpur, will hold a national workshop on Photovoltaic Module Reliability on March 28. The event will be held at Hotel Hindusthan International.

The institute will hold an international conference on Tailoring Grain Orientation Processing and Application on March 28 and 29.

Details are available on `iiests.ac.in`.