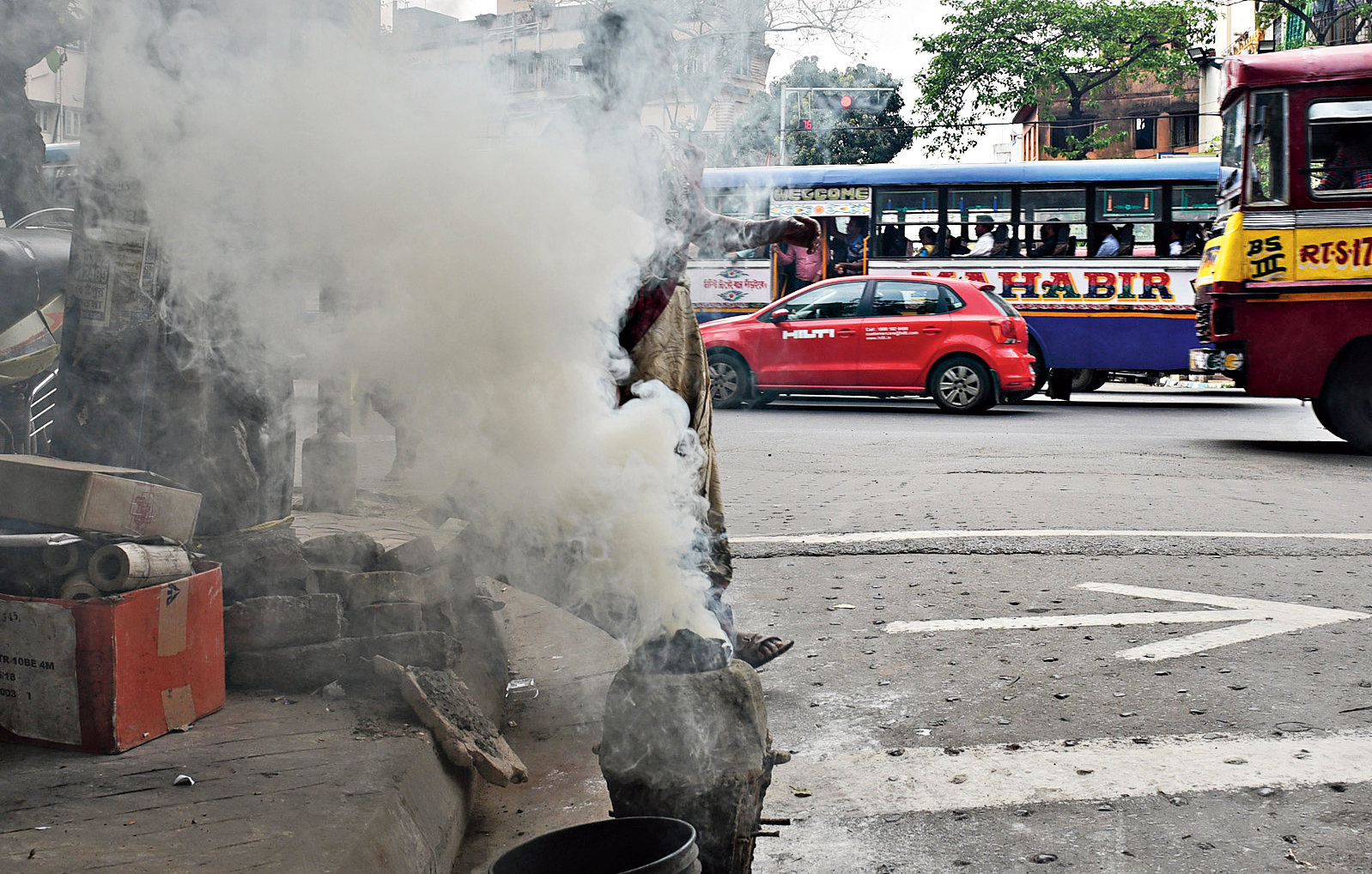 Bengal’s new environment minister Saumen Mahapatra on Thursday took on the onus to deal with air pollution in the city on a priority basis.

The minister said that the environment department and state pollution control board would work to replace coal with either electricity or cooking gas at roadside eateries and kiosks that iron clothes. He has set a December deadline for the job.

The decision has been taken on the basis of an interim result of a study carried out by the National Environmental Engineering Research Institute (Neeri) on the city’s air.

The study shows that about 26 per cent of the city’s particulate matter (PM 2.5) pollution is because of burning coal at roadside eateries and cloth ironing kiosks.

PM 2.5 is a measure of polluting particles that are less than 2.5 micrometres (0.0025 mm) in diameter. These fine particles are the most toxic pollutant that are present in air and can enter the deep crevices of lungs and trigger a range of cardio pulmonary diseases.

Last winter, Calcutta’s PM 2.5 count was worse than that of Delhi.

“I have to discuss the isuue with my officials in the environment department and the state pollution control board. But after initial engagement today (Friday) I have set dealing with air pollution in Calcutta as a priority with a few other things,” Mahapatra told Metro.

Mahapatra said the department with help from the state government would roll out a financial mechanism to help owners of roadside eateries and cloth ironing kiosks replace coal with either electricity or gas by this year-end.

“We all know how critically the air becomes polluted in winter and successful implementation of the programme will help in reducing the impact of toxic particulates,” he said.

However, Mahapatra’s department or the state pollution board do not have any idea about the total number of shops that will require such fuel conversion.

“We have asked both the Calcutta Municipal Corporation and Calcutta police to conduct a survey and inform us about the exact number of such facilities,” said state pollution control board chairman Kalyan Rudra.

Mahapatra also listed reducing Ganga pollution and ending the menace of the use of plastic bags less than 40micron as priorities.

“After discussing with officials of my department and the state pollution control board we have decided to put nets at the mouth of 57 nullahs so that plastic waste along with water hyacinth do not flow into the Ganga (Hooghly river),” he said.

Speaking on the modalities to ensure that the green goal is achieved, he said: “We have tried to build awareness and will continue to do so. But clearly, awareness alone is not cutting much ice in controlling the use of illegal plastic bags.”