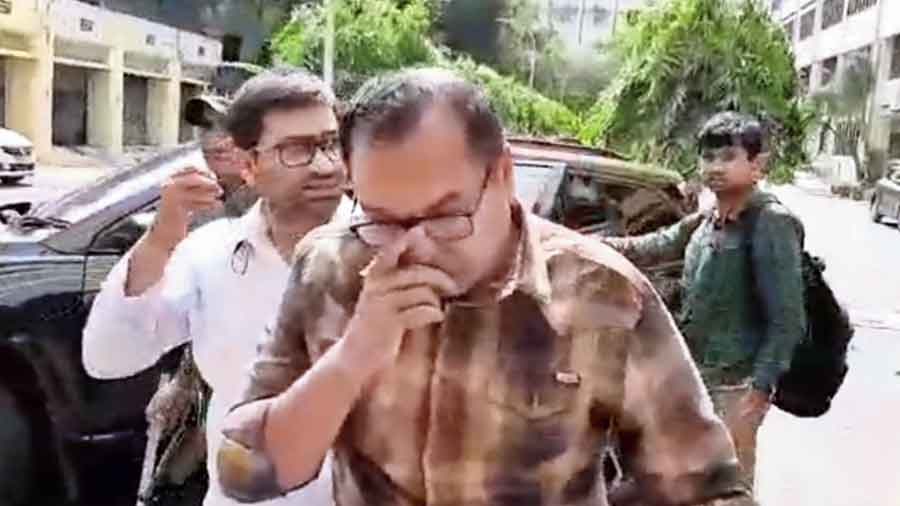 The Enforcement Directorate (ED) on Saturday arrested Prasanta Kumar Halder, a Bangladeshi national accused of a multi-million fraud case in the neighbouring country by allegedly floating a number of shell companies and bringing a major part of the booty to India, from Ashoknagar in North 24-Parganas.

Halder was the former MD of Bangladesh-based NRB Global Bank Reliance Finance Limited. There are at least 34 cases pending against him in Bangladesh for embezzling over 1,300 crore Taka from banks and sending the money to India.

The ED team also arrested five close aides of Halder, which include his brother.

All the six were wanted by the Anti Corruption Commission in Bangladesh in connection with the alleged fraud case. They will be produced before a court in Calcutta on Sunday, ED sources said.

“Several of his cohorts were arrested in Bangladesh in recent months and from them the Bangladeshi authorities came to know of his whereabouts in India... Then, they got in touch with New Delhi and the case was taken over by the ED,” said a source.

The arrest of Halder dominated the headlines in Bangladesh as the intelligence agencies had been on the look out for Halder for three years.

On Friday, ED teams searched at least 10 locations in Calcutta, Ashoknagar and Bhangar in North 24-Parganas. Some of his aides were detained on Friday evening. Halder was arrested on Saturday morning. “The searches were carried out at the request of the Bangladesh Financial Intelligence Unit and Anti-Corruption Commission,” said an ED source.

ED sources alleged Halder took loans from banks in Bangladesh by showing fictitious companies between 2009 and 2019 and laundered the money to India. “These companies had no existence. The banks realised later they were cheated and lodged complaints with financial intelligence agencies in Bangladesh, who in turn requested India (to probe),” an ED official said.

According to ED sources, during the raids that led to the arrests, several properties of Halder and key papers, including land deeds, were seized.

The agency learnt that Halder arrived in India via the Benapole-Petrapole border in September 2019. He introduced himself as Shibshankar Halder through fake voter, PAN and Aadhaar cards, and settled in Ashoknagar as a property dealer. “His aides also managed similar identities and stayed in Ashoknagar, launching their own business,” an ED official said.

ED officials indicated Halder would be handed over to Bangladesh authorities under the 2016 extradition treaty between the two countries.

“We will produce him before court tomorrow (Sunday).but eventually, he will be taken to Bangladesh,” an official said.

In January 2021 Interpol issued a red notice against Halder on the basis of a complaint by the Bangladesh government.