Bagdogra airport to operate from Tuesday

Bagdogra logs in some 60 flight movements every day 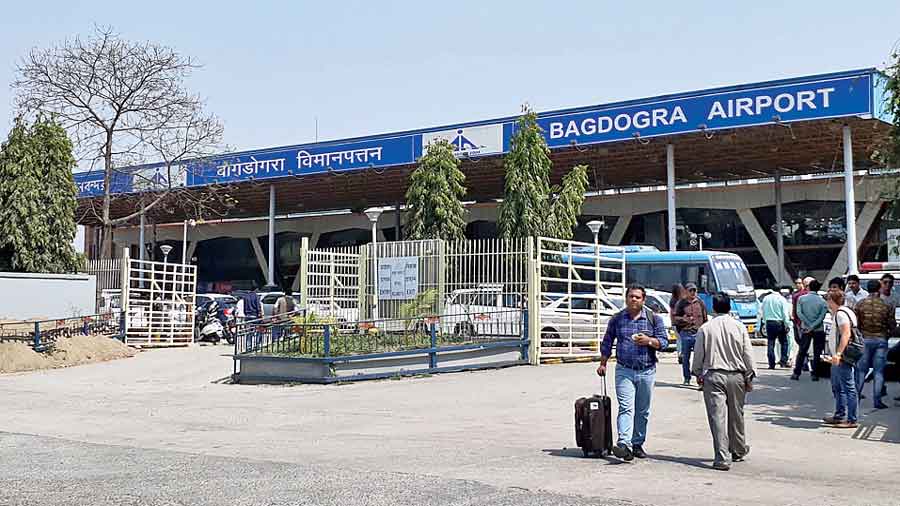 The Border Roads Organisation (BRO) under the Union ministry of defence, entrusted with re-carpeting the sole runway of the Bagdogra airport, confirmed on Monday that its work was over within deadline and flight operations could restart at the airport from Tuesday.

The airport has been closed since April 11 for this work.

“The Project Swastik of BRO headquartered at Gangtok has completed the runway resurfacing at Bagdogra airport. With the upgraded runway surface, which has been completed very diligently and with utmost quality, it will ensure that the airport can now take on any kind of aircraft currently in operation, in both civil and military arena,” said a release issued by the BRO on Monday.

The Bagdogra airport is a civil enclave where the runway and the air traffic control under the jurisdiction of the Indian Air Force because commercial flights apart, IAF flights of the Bagdogra Air Force Station also use this facility.

Bagdogra logs in some 60 flight movements every day. Around 7,000 to 8,000 fliers use the airport daily.

The re-carpeting work, BRO sources said, was monitored by Lt Gen Rajeev Chaudhry, the director-general of border roads. “Work went on day and night to finish it within the stipulated time. The airport will be fully operational from tomorrow (Tuesday),” said an official of the Airports Authority of India (AAI).

The announcement that flight services will resume from Tuesday has brought relief for north Bengal residents. Some of them, however, pointed out that flight fares have increased for the next few days.

“The fares, however, are expected to come down after 10 days or a fortnight when all scheduled flights start from Bagdogra,” said a travel house owner in Siliguri.