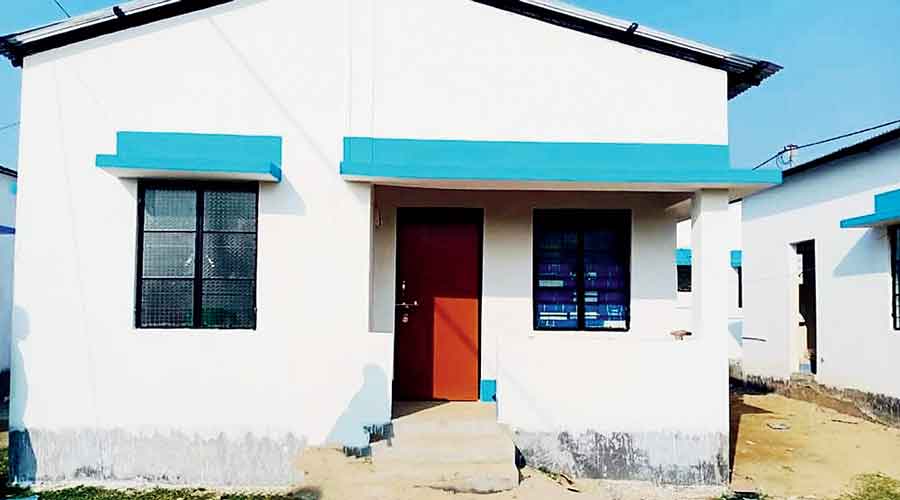 Houses under the Cha Sundari scheme, the Mamata Banerjee government’s project to give free houses along with land rights to tea workers in north Bengal, have started coming up in a number of estates in Alipurduar and the keys will soon be handed over to the beneficiaries, district officials said on Saturday.

The project to provide houses to garden workers who don’t own one was announced by then finance minister Amit Mitra in 2020 while tabling the budget in the Assembly. A sum of Rs 500 crore was allocated.

Some tea estates were identified and the housing department was assigned the task of building the houses. The list of beneficiaries was prepared by the labour department.

“In the first phase, five tea estates were identified in Alipurduar district and most houses have already been built. We are waiting for the final go ahead from the housing department and then we will distribute the keys,” said Surendra Kumar Meena, the Alipurduar DM.

Each dwelling unit has two rooms, a kitchen and a toilet. The construction has been carried out on government land near the tea estates.

Land right is a longstanding demand of the tea population as the quarters where they live are located on leasehold land.

The estates where the houses are coming up are Torsha, Mujnai and Rahimpur, which are operational, and Lankapara and Dheklapara, which are closed.