While Bengal reports 25 new Covid-19 infections, 42 recoveries and no death 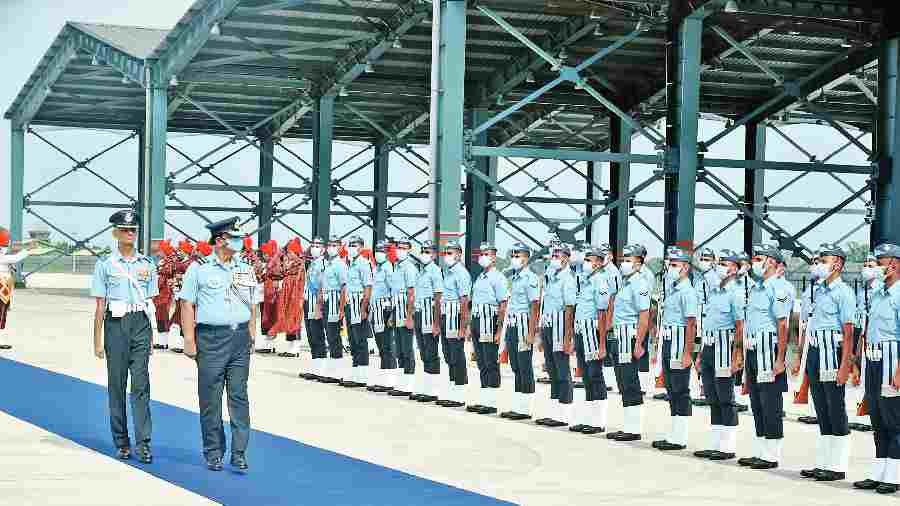 Air Marshal DK Patnaik, the Air Officer Commanding-in-Chief of the Eastern Air Command, went to the Hasimara Air Force Station of the Indian Air Force (IAF) in Alipurduar district on a three-day visit that ended on Tuesday.

Air Marshal Patnaik was welcomed by Air Commodore Ashish Srivastava, the AOC of the Hasimara station. He was presented with a guard of honour on arrival and briefed on the operational and maintenance aspects and the administrative preparedness of the station.

Speaking to the personnel posted there, Air Marshal Patnaik drew attention to the importance of the Hasimara airbase owing to its strategic location. He underscored that the base also had Rafale aircraft. Last July, the IAF had inducted the second Rafale squadron into Hasimara

Currently, there are 360 active cases in Bengal.
File image

Currently, there are 360 active cases in the state: 335 in home isolation and 25 in hospitals, according to the state bulletin.

The state’s positive confirmation rate was 0.30 per cent on Tuesday. The recovery rate was 98.93 per cent and the mortality rate was 1.05 per cent.