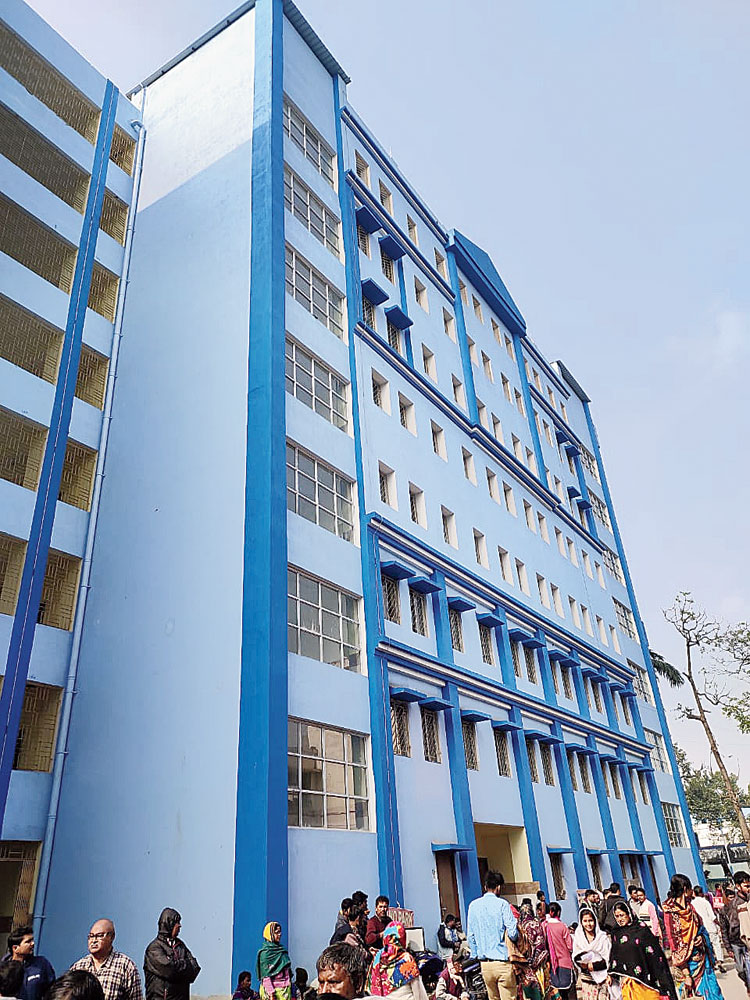 The Bengal government has taken up a Rs 60-crore project to upgrade Burdwan Medical College and Hospital in four phases to provide better healthcare to the people in south Bengal.

As part of the revamp, the hospital’s indoor patient bed capacity will be increased to 2,000 from 1,226.

The medical college and hospital, which celebrated its golden jubilee last year, is accessible to around 2.5 crore people in the districts of East Burdwan, West Burdwan and Birbhum, parts of Bankura and Hooghly districts and neighbouring state Jharkhand. Every month around 1.4 lakh patients turn up at the hospital’s outpatient department and around 15,000 at the indoor patient department.

Sources said two 11-storey buildings would be constructed to separately accommodate the hospitals medicine and surgery departments. Bijay Chand Mahatab block, the oldest building of the hospital, will be renovated and a museum set up on the campus.

In the first phase, eight-storey of the 11-storey building is almost complete. The ground floor of the building will house the radiology and the pathology departments and a police control room. The remaining floors will belong to the medicine department and other facilities.

“The work is almost complete. At present, work to set up the centralised oxygen supply system is on in full swing. Electrical work will start soon,” said Amitabha Saha, the hospital’s deputy superintendent.

Sources said the state government had already spent around Rs 20 crore in the first phase.

In the next phase, the remaining floors will be added where 32 private wards, in line with the Woodburn ward at SSKM, will come up along with a library and seminar hall at a cost of Rs 6 crore. In third phase, another 11-storey building for surgery will be constructed for Rs 30 crore.

In the fourth phase, the oldest building of the hospital, the Bijay Chand Mahatab block, will be renovated and a museum built for around Rs 4.62 crore.

Sources said the hospital’s patient welfare committee, which has minister Swapan Debnath as its chairman, had submitted a proposal to chief minister Mamata Banerjee in 2017 urging her to upgrade the hospital established in 1969 to cater the growing demand and provide better healthcare facilities.

“The chief minister readily agreed and asked the health department to prepare a detailed project report. She also sanctioned money for the purpose,” said Debnath.

The Burdwan Medical College and Hospital was the only facility in South Bengal to have cardiology and neurology departments. A Rs 42-crore 80-bed tertiary cancer care unit is also coming up at the hospital. The facility will come up by year-end.

Asked whether there are enough doctors to manage the proposed increase in bed strength,

Senior official of the hospital said if required the number of doctors might increase after the revamp. The directorate of medical services will decide on it, the official said.

At present, there are 300 specialised doctors and 100 medical officers, along with around 680 junior doctors, at Burdwan Medical College and Hospital.