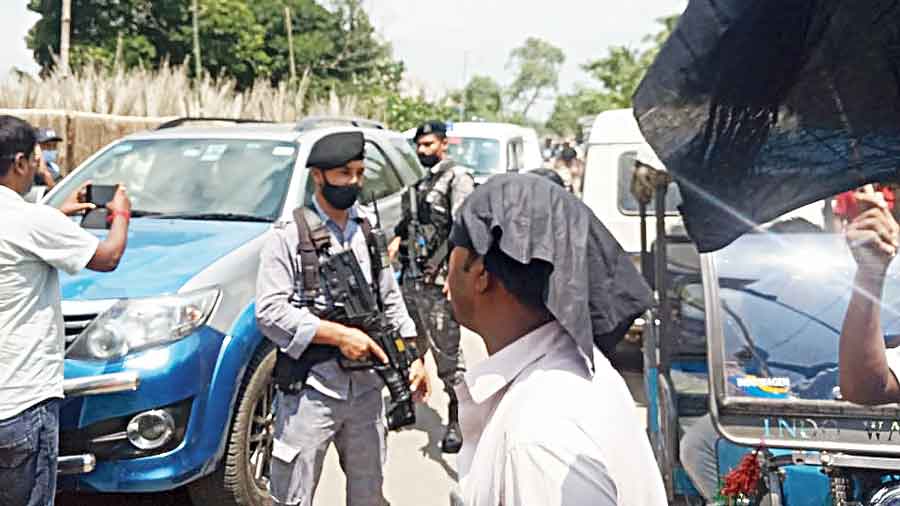 Police at the spot of the protest against Adhir Ranjan Chowdhury on Friday
Telegraph picture
Alamgir Hossain   |   Behrampore   |   Published 04.09.21, 01:04 AM

The MP was on his way to Godonpara village  where two Congress workers’ homes had been vandalised on Thursday night. Hecklers waved black flags at his convoy and called him the “leader” of a “murder syndicate”, holding up his visit for half an hour until Raninagar police arrived and dispersed the crowd.

The police said Chowdhury was not physically injured.

Chowdhury said: “I was on my way to visit party workers whose homes were vandalised by Trinamul workers. But Trinamul tried to create trouble in my way.”

Trinamul’s Raninagar MLA, Soumik Hossain, said his party’s workers were not involved in the incident.