A talk to demonise Muslims: Banerjee 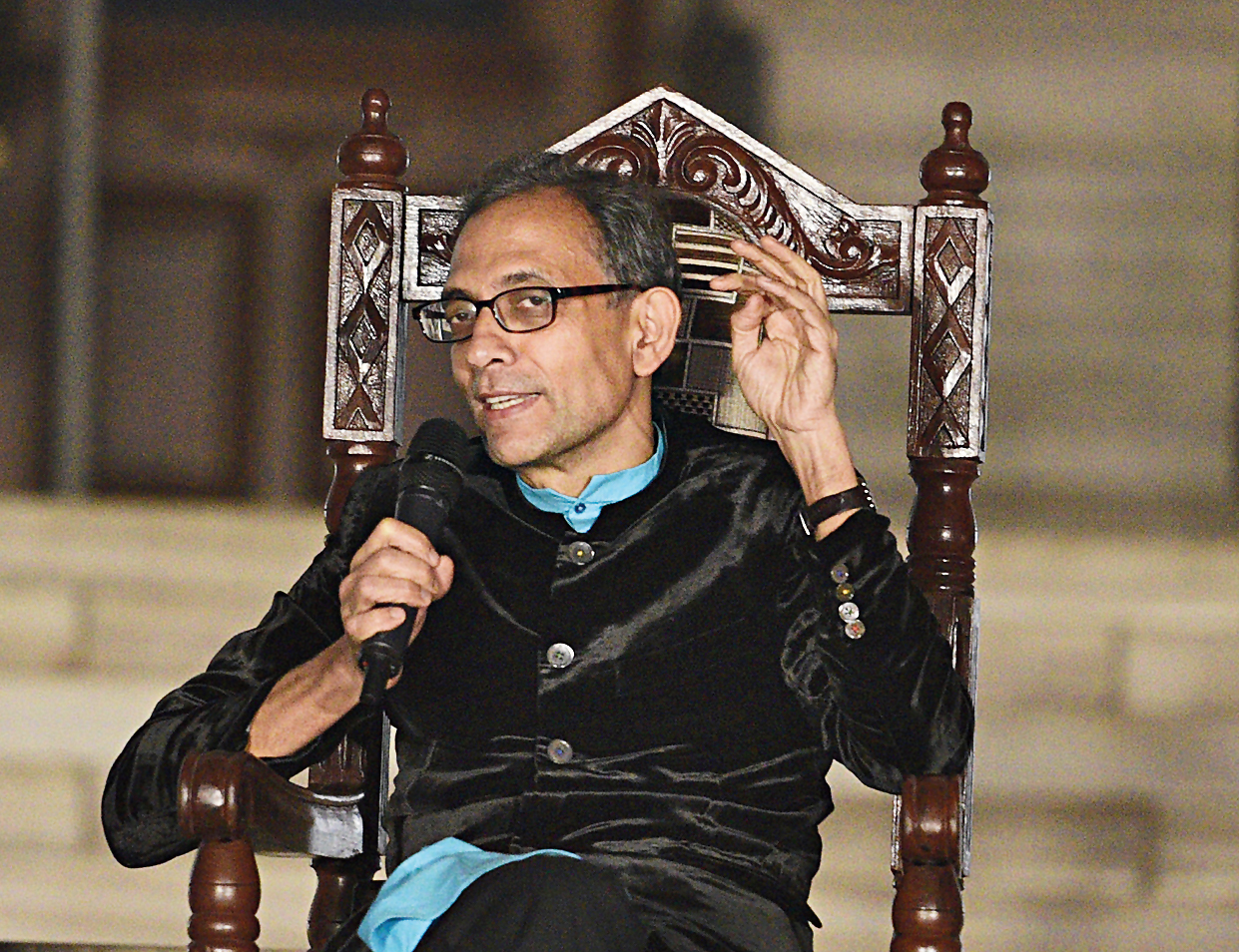 Abhijit Vinayak Banerjee, Nobel laureate and Ford Foundation International Professor of Economics at the Massachusetts Institute of Technology, has said the talk from “the fringes of the ruling party” about the Muslim demography “is really just a way to demonise a population”.

“I don’t think there is any real fear that there is going to be a Muslim takeover of India,” he said at the Tata Steel Kolkata Literary Meet in association with Victoria Memorial Hall and The Telegraph.

Banerjee’s conversation with author Udayan Mukherjee mostly centred on the ideas thrown up by the book, Good Economics for Hard Times, which the economist co-authored with fellow Nobel laureate and his wife Esther Duflo. Excerpts, edited for space and not in sequence, from the conversation follow:

India and the US are similar in one very important way.

The minorities are actually minorities. They are not anywhere close to being dominant.

So the idea that we need to be mindful of the minorities — the talk that you hear at least from the fringes of the ruling party about the demographic of the Muslim population — this is really just a way to demonise a population. Like the African Americans and Mexicans in the US, the minorities are relatively economically and educationally deprived, with much better-off economically powerful majority.

Whenever these fears are stoked, you could imagine a context when these are two equal groups, and you worry about the other group becoming too powerful. This is just not realistic here… (it) is constructing a narrative that has no basis in reality. I don’t think there is any real fear that there is going to be a Muslim takeover of India.

The concern in people studying the Indian economy has always been that India is a slow migration economy…. (The) only big driver of migration is a disaster (globally). So, you have Iraq, Syria, Venezuela supplying migrants to the world. These are not poor countries. These are middle-income countries, with civil wars, complete economic disasters. It’s not economic pull that gets a lot of migrants out. It’s the push.

In the recent Greek crisis, the unemployment rate for the young was for 50-60 per cent and the entire welfare system was bankrupt and, therefore, nobody was getting paid welfare either. There was nothing for these people. Over the entire period of the Greek crisis, only 60,000 Greeks left Greece. Now, Greece is part of the EU. They could have gone to Germany, all of them. But only 60,000 left. So that’s a number that should make us think.

(Will migrants take my job?) There isn’t really any evidence for it…. people have this idea because they have learnt economics in high school…. one of the dangers of learning economics at high school is (that) you learn it half way. So you learn that there is a supply curve and a demand curve. And when the supply curve moves, more people come in and the price goes down, (and) wages go down. What people forget is that when people migrate they don’t live on air. They buy stuff. So you know it also moves demand….

In particular, economic migrants tend to be actually usually very enterprising people who will start businesses, who will stay up all night to be more productive than the others. They tend to actually add a lot to the economy. So the net effect of migration is actually been measured in many contexts to be essentially zero.

There is no evidence that migrants depress low-income wages… I think people have this idea that these people are coming in and they must be taking my job away. But in fact what happens when a lot of people come, you end up in a slightly different job. You become the manager for these people, the newcomers; you start a restaurant to feed them. So, people actually reallocate to absorb them.

We have no way of knowing (if it is recession). We are just picking up the symptoms.

Poverty in India has fallen quite dramatically. But in the last 5-6 years, it (the pace of poverty coming down) has slowed, and right now, I suspect, it is slowing down even more.

For the first time since the 1960s, the per capita average consumption, as computed by the NSSO, has dropped. The data was in public domain for a while and then the government said data was bad. I don’t think it is any worse than the previous rounds of data.

Arvind Subramanian (former chief economic adviser) says that our statistics (investments, exports, imports) look like worse than 1991. That year we had a recession. I can’t say I know because with the set of data, nobody knows. That’s the problem because we are not measuring the informal sector….

What hasn’t happened is lot of mobility: the rich has stayed rich and become richer and inequality has grown dramatically. We have a problem of not having reliable data on the informal sector where the anecdotal evidence suggests a big slowdown. Why are two-wheeler sales slowing down the most? It is the informal sector that buys the two-wheelers.

Our statistical apparatus is incapable of capturing short term changes (1-3 years) in the informal sector. So, God knows!

Our first reaction to an economic problem that looked very much like the Keynesian demand slowdown was to cut corporate tax. To me, it’s like we are in a time warp. We do not see where we are. The corporate sector is actually sitting on cash and not doing much with it because there is no demand. We have a mindset of making policies, which are based on some model of economics where all the dynamism is to be provided by the rich. This doesn’t seem to be true.

Given the kind of inequality we have, a wealth tax is completely sensible. In general, more redistribution makes perfect sense to me. Do I expect it to happen right now? I suspect not. I hear all the vibes about a tax cut for the middle classes. I don’t think that is where the leverage points are. To be honest I am less worried about budget deficit, it’s never been what it claims to be…. I think government can do better.

(Addition by The Telegraph: The Narendra Modi government scrapped the wealth tax in 2015 because of a high cost of collections and a low yield. Total wealth tax collection in 2013-14 amounted to a paltry Rs 1,008 crore. The late Arun Jaitley, then finance minister, had replaced the wealth tax, which was first put in place in 1957, with an additional surcharge of 2 per cent on the super-rich with a taxable income of more than Rs 1 crore. The leaps that India has made in digitising tax records, which minimises the cost of surveillance, builds a case for the return of the wealth tax. But will the government be ready to sacrifice the surcharge on the affluent?)

We must find the money to refinance the banking sector, which is in the doldrums and will take a long time to revive. We also need to improve infrastructure. I wish they don’t come up with giveaways to the corporate sector.