A slice of India 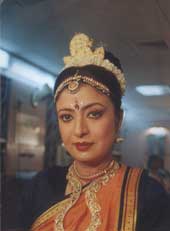 Swabhumi, The Heritage Plaza celebrates the spirit of Independence in true patriotic fervour with a host of programmes. Beginning with a musical rendition of Bengali patriotic songs by Saikat Mitra and Manasi Mukherjee and recitation by Sovan Sundar and Aishwarya Basu, the programme also features Amit Ganguly and Bijoya Ganguly belting out popular Hindi songs. An Antakshari programme will be held simultaneously at the Food Court. The show culminates with a colourful ballet, Subarna Bharati, choreographed and performed by Debashree Roy, that celebrates 56 glorious years of Independence throgh songs and dance. Conceived in 1998 and performed internationally as well, this production highlights the progress of the country as it outlines the Agricultural Revolution, the setting up of industries and the Kargil War in the Indian political, economic and social scenario. Inter-woven into the fabric of this dance production are Rabindrasangeet, Bangla Adhunik and Hindi songs. The show upholds the rich multi-cultural heritage of the country.