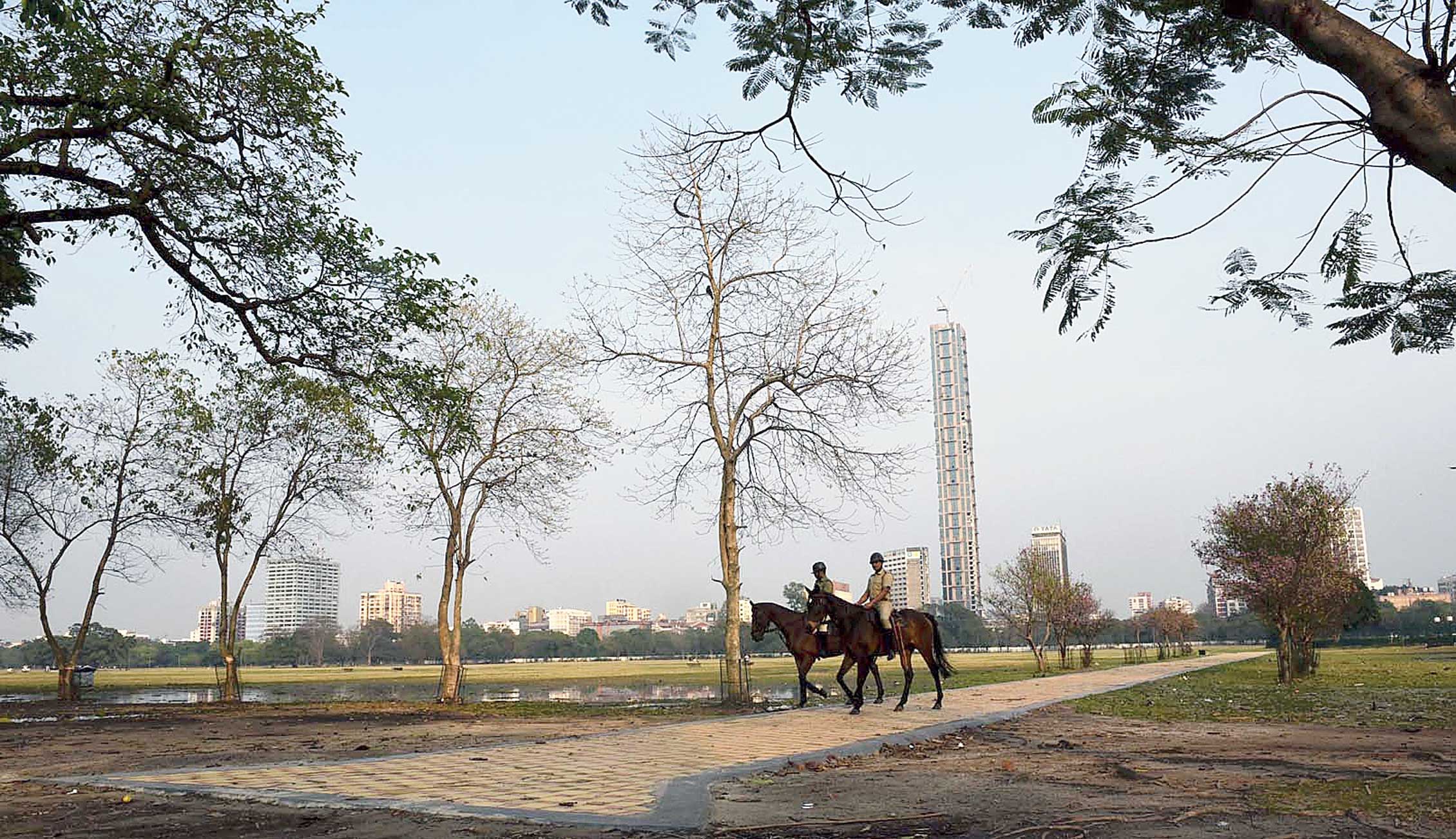 The city received almost 100mm of rain in 24 hours till Thursday morning as the wettest February in Calcutta in a decade came to an end amidst waterlogging in many areas.

The weather department has predicted that the sky would clear on Friday, leading to a fall in the early morning and night temperatures.

Mayor Firhad Hakim said polythene and plastic packets and other items had clogged the drains, causing waterlogging on roads such as Central Avenue, College Street, Muktaram Babu Street and Amherst Street and pockets in Jadavpur, Behala and Kidderpore and near Science City.

“It rained heavily all over the city throughout the night. The water could not recede fast because polythene and plastic packets and other items had jammed the drains. We tried to pump out the water,” the mayor said.

He also blamed the waterlogging on the morning high tide in the Hooghly, which led to a “back flow” in Burrabazar and some other areas in central Calcutta.

The daytime relative humidity on Thursday was very high, varying between 96 and 71 per cent. Despite that, and even in the absence of rain, people did not sweat because the sun did not come out at least till late afternoon.

The maximum temperature was 23.5 degrees Celsius, eight notches below normal.

“Sweat occurs when the body tries to lose heat. It lingers on the skin when humidity is high. On Thursday, a cloud cover kept the temperature low. So, people perspired less and discomfort levels were low. A steady wind made the weather even more pleasant,” an official at the Met office said.

The sun is expected to come out on Friday and push up the maximum temperature. “The minimum temperature, which read 18.6 degrees on Thursday, may fall to 16 or 17 degrees Celsius in the next 24 hours,” the official said.

“The minimum is set to fall because the north-westerly wind will get a fresh lease of life after the city air is cleared of moisture. The cool phase is expected to last till Saturday.”

The city was lashed with an intense spell of showers a little after midnight. The rain continued in bursts till the first light on Thursday.

The drainage pumping stations of the Calcutta Municipal Corporation in Patuli, on the southern fringe, and Ratan Babu Ghat, on the northern fringe, recorded 98.3mm and 97.8mm of rain, respectively, over 24 hours till 8.30am.

Joka and Ultadanga received 88.4mm and 87.4mm, respectively, during the same period. Elsewhere in the city, the rain varied between 60mm and 77mm.

Between Wednesday midnight and 8.30am on Thursday, Ratan Babu Ghat received 74mm of rain.

“We expect the sun to be back on Friday, which is why the maximum temperature would go up. There was a high-pressure belt on the Bay of Bengal and multiple other weather systems that were drawing moisture into Calcutta. But they have now dissipated. That is why the rain will stop on Friday and the north-westerly wind, which brings cold to Calcutta and its surrounding areas in winter, will start flowing again. The minimum temperature, as a result, will fall,” said Sanjib Bandyopadhyay, deputy director general, India Meteorological Department, Calcutta.

Rainfall during the current wet phase started early on Monday. The month ended with a cumulative rainfall of 160.4mm, which makes this February the rainiest in Calcutta in 10 years.

The city did not get a drop of rain in February last year and the year before. February 2016 had received 94.5mm of rain, the second highest in the past decade.