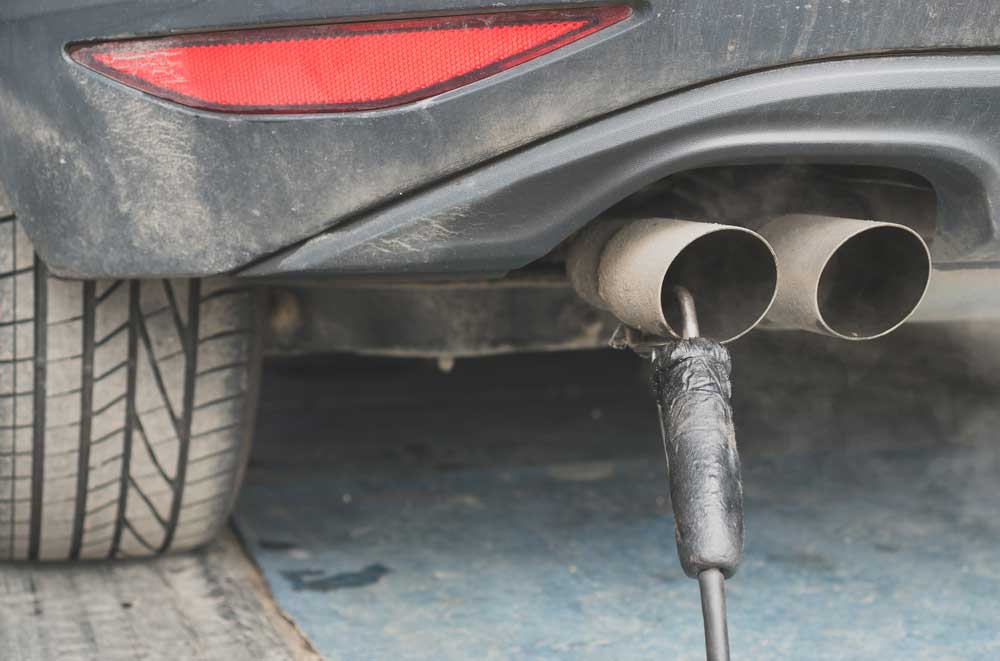 The owner of a car with a valid pollution under control certificate from an auto emission testing centre was taken by surprise when his Swift Dzire Tour failed the random pollution test conducted by the police’s anti-pollution cell, not once but twice.

Biswajit Prasad, the car owner, went to a different auto emission testing centre after failing the first random test. Once again, the car cleared the test at the testing centre.

The police had given Prasad seven days to ensure that his car met the emission standards. But since the car passed the test at the centre, he did not take it to a service centre.

Armed with the fresh pollution under control (PUC) certificate, Prasad went to the police but his car failed the test again. He was fined Rs 1,000.

“I was at a loss. When the police served me a notice on January 28, I was already carrying a pollution under control certificate that was valid till October 2019,” Prasad said.

The state pollution control board has submitted to the Bengal government reports on only 15 of the 88 auto emission testing centres it had inspected in Calcutta in 23 months since January 2017, officials had told Metro recently.

Prasad had obtained the first PUC certificate from an auto emission testing centre near Nabanna in Howrah. “After my car failed the police’s test in Calcutta, I decided to get it tested again and went to a testing centre on Strand Road,” he said.

Either both the centres where Prasad obtained the PUC certificates had issued wrong reports or the police’s report was wrong, environmental activists said.

“But I had to suffer for someone else’s fault,” Prasad said.

Green activist Subhas Dutta said the National Green Tribunal’s eastern bench had directed the state pollution control board to conduct frequent checks at the emission testing centres, but little has been done.

Environmentalists fear that in the absence of periodic audits and surprise checks, many testing centres continue to run without calibrated machines and give wrong reports. These centres should undergo annual audit, both by the pollution control board and the public vehicles department, experts said.

“If the centres responsible for issuing PUC certificates do not function properly, the whole idea behind having these centres is defeated. Even a car that is apparently BS-IV-stage complaint could actually be polluting the environment because its PUC certificate is wrong,” said Anumita Roy Chowdhury, the executive director of Centre for Science and Environment, a Delhi-based public interest research and advocacy organisation.

Roy Chowdhury said if a testing centre showed a particular car to have exceeded the permissible emission standards, it could be corrected at a service centre.

Lack of maintenance is usually to be blamed for a car failing to meet pollution emission standards, an automobile expert said.

Owners of commercial vehicles seldom take their vehicles to the authorised service centres, hiring the services of local mechanics instead, and this could affect the vehicle’s health, the automobile expert said.

In case of a diesel-run vehicle, the tests — both by the emission testing centres and the police — show the smoke density emanating from the tailpipe. “The denser the smoke, the more the pollutants that get released in the air,” an environmental engineer said.

There are three types of tests for vehicles that run on petrol. “The tests show the concentration of carbon monoxide, concentration of hydrocarbons and another test that measures the air to fuel ratio,” said the automobile expert.

Vehicular emission is the main cause of air pollution in urban areas, environmental activists said.