The hearing will take place on Thursday 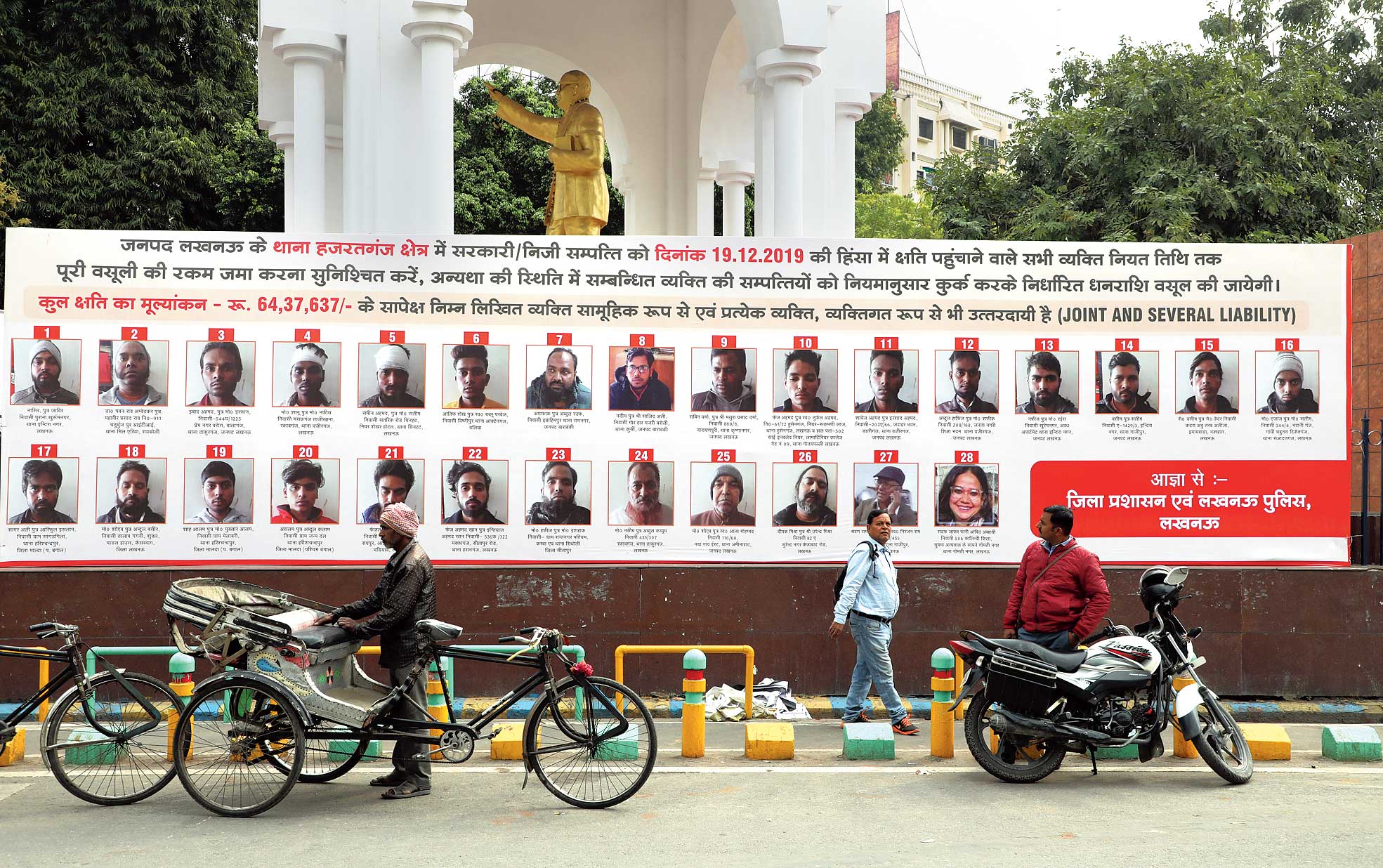 The Uttar Pradesh government moved the Supreme Court on Wednesday challenging the Allahabad High Court order directing the state administration to remove posters of those accused of vandalism during anti-CAA protests.

The appeal filed by the state is scheduled to be heard on Thursday by a vacation bench of justices U. U. Lalit and Aniruddha Bose, advocate-general for Uttar Pradesh Raghvendra Singh told PTI.

Singh, however, refused to divulge the grounds of appeal against the March 9 order of the high court, which had also asked the Uttar Pradesh government not to install such posters 'without having the authority of law'.

The high court had ordered immediate removal of roadside posters in Lucknow with names and photos of those accused of vandalism during the anti-CAA protests, observing that the police action was an 'unwarranted interference' in privacy of people.

It had also directed the district magistrate and the Lucknow police commissioner to submit a compliance report on or before March 16.

The posters were displayed to 'name and shame' the accused who had allegedly caused damage to public property during the protests against the Citizenship Amendment Act (CAA) on December 19 in the state capital.

Activist-politician Sadaf Jafar and former IPS officer S.R. Darapuri were among those whose names and photos were put up at major road crossings in Lucknow.

In its order, the high court had observed that action of the authorities was a violation of Article 21 of the Constitution under which no person shall be deprived of his life or personal liberty except according to procedure established by law.

'In entirety, we are having no doubt that the action of the state which is a subject matter of this public interest litigation is nothing but an unwarranted interference in privacy of people,' the court had said.

'Accordingly, the district magistrate and the commissioner of police, Lucknow, are directed to remove the banners from the roadside forthwith. The state of Uttar Pradesh is directed not to place such banners on roadside containing personal data of individuals without having authority of law,' the high court had said.

The posters bearing the photographs, names and addresses of those accused of vandalism during the anti-CAA protests had come up late on March 5 night.

In Lucknow, around 50 people were identified by police as alleged rioters and were served notices. The 'name and shame' posters said the property of the accused will be confiscated if they fail to pay compensation.

During the hearing on Sunday, the Uttar Pradesh government had told the high court that it was a 'deterrent' action and the court should not interfere in such a matter.

The state government had also told the high court that the court should not take cognisance of the act as the accused had damaged public and private property.