UP Cabinet minister Kamal Rani dies due to Covid-19 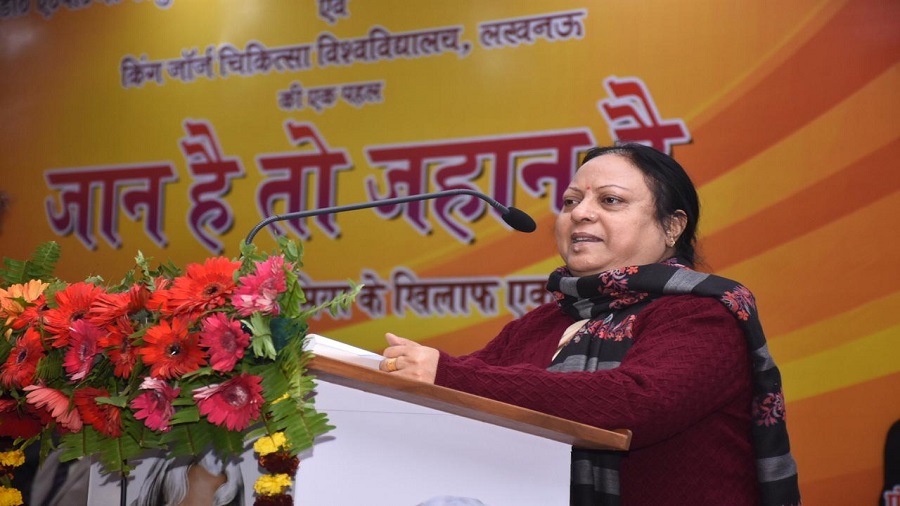 On July 18, the minister tested positive for coronavirus and was admitted to the Shyama Prasad Mukherjee Hospital
Twitter/@kamalranivarun
PTI   |   Lucknow   |   Published 02.08.20, 12:54 PM

Kamal Rani is the first minister in Uttar Pradesh to die after contracting coronavirus. She was 62.

Saddened by the untimely demise of Smt Kamal Rani Varun, Cabinet Minister in the Uttar Pradesh Government. Well respected for serving people at the grassroots, she had also served as an MP in the Lok Sabha twice. My condolences to her family and followers.

On July 18, the minister tested positive for coronavirus and was admitted to the Shyama Prasad Mukherjee Hospital here. She was later shifted to the Sanjay Gandhi Postgraduate Institute of Medical Sciences.

Meanwhile, UP Chief Minister Yogi Adityanath has expressed grief over the minister's death.

In a condolence message issued here on Sunday, Adityanath said, "Kamal Rani Varun died on Sunday at around 9.30 am. She was an experienced and capable leader. She discharged her responsibilities with competence. She was a dedicated public representative, who was always working for the welfare of deprived and oppressed sections of the society."

Currently, Kamal Rani was MLA from Ghatampur in Kanpur. In the past, she was also a Member of Parliament in the Lok Sabha twice.

V sad to hear this news. May her soul rest in peace.

We all need to take precautions to protect ourselves. Don’t take corona lightly. https://t.co/JLXp9znwea

Born on May 3, 1958, Kamal Rani was among the 18 members inducted in the council of ministers headed by Adityanath on August 21, 2019, the first such reshuffle since the BJP government came to power in March 2017.

Kamal Rani was the only woman cabinet minister in UP following Rita Bahuguna Joshi's resignation after getting elected to the Lok Sabha.

Meanwhile, in a statement issued here on Sunday, principal secretary Jitendra Kumar said, "The national flag will be flown at half mast in the state capital, and in the district on the day of cremation."