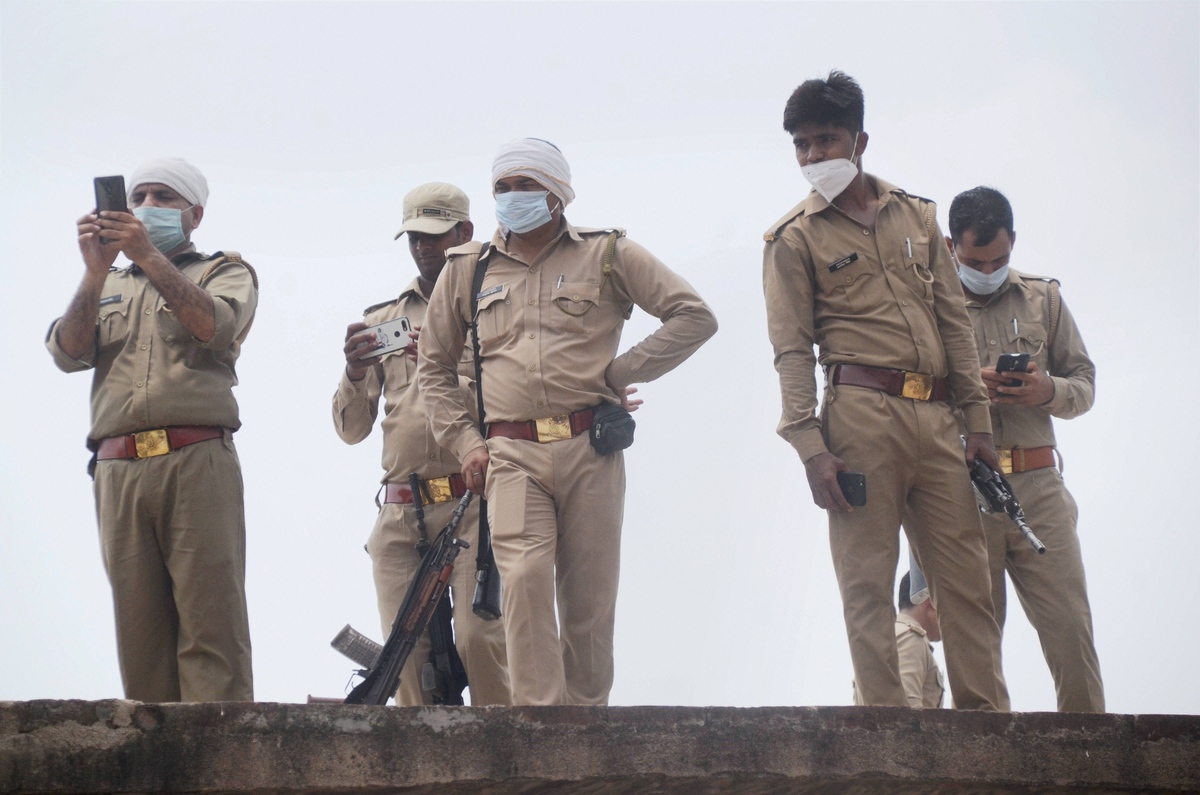 The main aide of gangster Vikas Dubey involved in the attack in which eight police personnel were killed was arrested in a pre-dawn encounter in Kanpur, a senior police official said on Sunday.

The officer also said the cash reward announced by the police on Dubey's arrest has been increased to Rs 1 lakh.

"Dayashankar Agnihotri alias Kallu, the main aide of Dubey, has been arrested during an encounter. Agnihotri always used to accompany Dubey and was staying at Dubey's house (which was demolished Saturday)," inspector general, Kanpur Range, Mohit Agarwal told PTI.

"Agnihotri was carrying a cash reward of Rs 25,000. He was named accused in the firing incident on the policemen. In the encounter, he got bullet injuries on his leg, Agarwal said.

Additional Director General of Police, Kanpur, J.N. Singh told PTI that the encounter took place at around 4.30 am in Kalyanpur area of Kanpur.

Agnihotri was admitted to the Lala Lajpat Rai (LLR) hospital and police recovered a country-made pistol and two cartridges from his possession, said Superintendent of Police (west) Anil Kumar.

Agnihotri told reporters that Dubey had got a call from someone in the police department informing him about his imminent arrest, and after that he called his men for a face-to-face confrontation with the police.

Allegations had earlier surfaced against Vinay Tiwari, Station Officer (SO) of Chaubeypur police station in Kanpur district in whose jurisdiction the incident took place, for alerting Dubey that a police team was moving towards his house to arrest him, following which the gangster and his men attacked the police personnel resulting in the slaying of eight of them. The SO was suspended on Saturday.

In the early hours of Sunday, police got a tip-off and tried to stop Agnihotri on the Kalyanpur-Shivli road when he opened fire on them. While no police personnel was hurt, Agnihotri got bullet injuries on his leg in retaliatory firing.

Meanwhile, IG Agarwal said, "The cash reward on Vikas Dubey has been increased to Rs 1 lakh from Rs 25,000 .

When asked about the action being taken against suspended SO Tiwari, Agarwal said, "He (Vinay Tiwari) has been sent to Police Lines. He has not been detained. Investigations are going on. If any evidence is found which suggests that Tiwari was part of the conspiracy, then he will be detained."

Shortly after midnight on Friday, eight policemen had walked into a trap set by Dubey and fell to a hail of bullets fired from rooftops. They were given a tearful farewell on Saturday as police began demolishing the criminal's lavish hideout in Bikru village, the scene of the bloody crime.

Seven others, including a civilian, were injured in the attack that took place in the dead of night on Thursday. Later, police sealed the entire area and began a combing operation, which led to another encounter with Dubey's men in Nivada village in which two of them were killed.

The eight men killed in the line of duty, mostly in their 20s and 30s, included Deputy Superintendent of Police Devendra Mishra (54).

The others are Mahesh Kumar Yadav (42), Sub-Inspector Anoop Kumar Singh (32), Sub-Inspector Nebu Lal (48) and Constables Jitendra Pal (26), Sultan Singh (34), Bablu Kumar (23) and Rahul Kumar (24). Their bodies were taken back to their homes where senior police officers attended their last rites.