Zidane calls for calm after draw to Real Sociedad 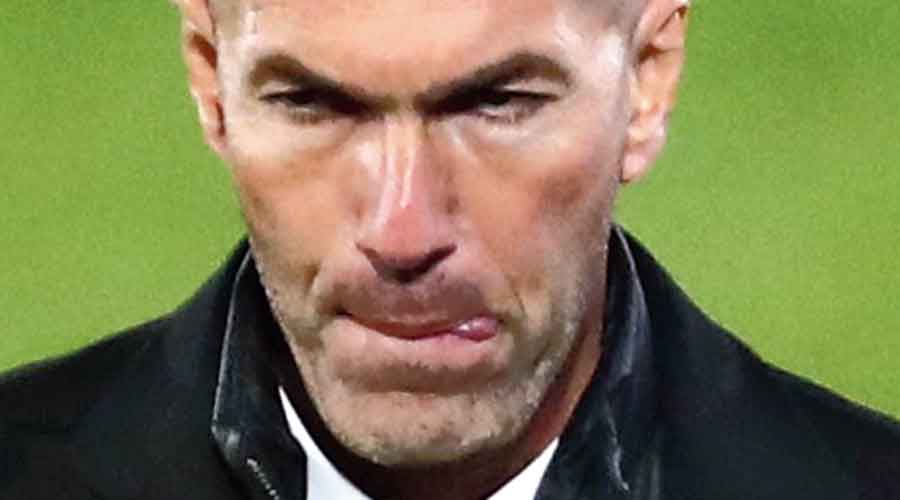 Real Madrid coach Zinedine Zidane said his side did not view Monday’s 1-1 draw at home to Real Sociedad as a missed opportunity to get back into the title race and called for calm ahead of next Sunday’s clash at leaders Atletico Madrid.

Real Madrid would have gone into the Derby with the chance to move level on points with Atletico had they beaten Sociedad but in the end only managed a draw after Vinicius Jr snatched a late equaliser to cancel out Portu’s opening goal.

“We have to stay calm. We played well and created three or four clear chances but were up against a side that also created chances. Now we need to be patient, keep our cool and rest,” the Frenchman told reporters.

“We deserved much more when you look at all the opportunities we created. We dominated the game, but then there have been games where we won but didn’t deserve to. That’s football.”

The draw interrupted a five-game winning streak in all competitions but Zidane said the result would not affect preparations for visit to Atletico, who hold a five-point lead over Real and second-placed Barca with a game in hand.

“This doesn’t condition the way we’re feeling about the derby at all. We’ll still go there with the aim of playing a great game,” the Frenchman said.

“Every team is dropping points and we know we have to keep picking up as many as we can and that’s what we’re going to do. There’s still a long way to go.”

Real Madrid’s injury crisis is slowly beginning to ease and they welcomed back Federico Valverde and Rodrygo from the bench against Sociedad after lengthy spells out.

Zidane added he was hopeful top scorer Karim Benzema would make it back from a thigh injury to face Atletico.

After taking the lead against the run of play through Portu’s thumping header, Sociedad should have killed the game off as Alexander Isak narrowly failed to connect with a cross from Portu, while Robin Le Normand came close with a header.

“We leave here with a bad taste as we fought for 93 minutes and gave everything,” said Sociedad’s Portu.