Teams to be declared joint winners in case of a draw or tie. The former Indian captain has a piece of advice for Team India for the following England Test series 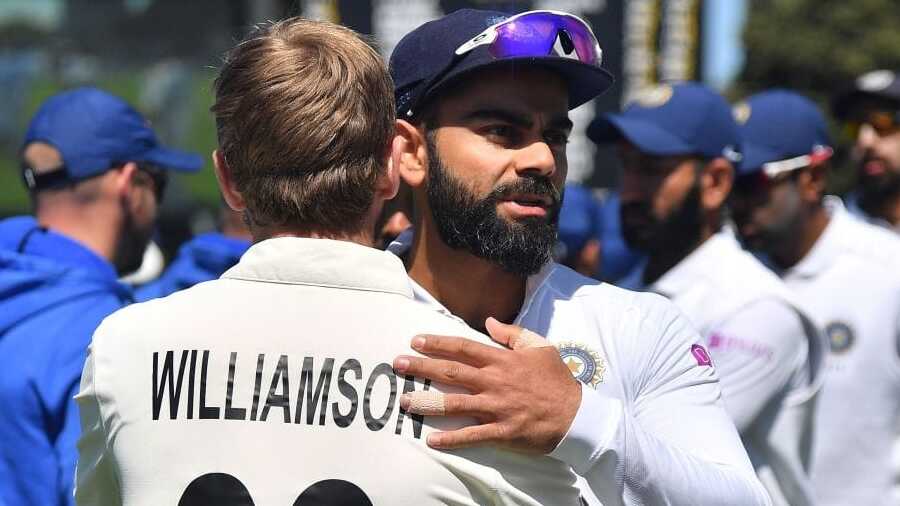 There have been too many ‘what ifs’ in the run up to the World Test Championship (WTC) final involving India and New Zealand. And most of them, if not all, have been addressed by the International Cricket Council (ICC) through an announcement on the playing conditions. The historic WTC title, which will be contested June 18 onwards in Southampton, will be shared between the two teams if the match ends in a draw or tie. And there also is a Reserve Day to make up for any time lost in the five-day contest.

“The playing conditions confirm that a draw or a tie will see both teams crowned as joint winners as well as the allocation of a Reserve Day to make up for any lost time during the regular days of the Final - scheduled to be played from 18 to 22 June, with 23 June set aside as the Reserve Day. Both of these decisions were made in June 2018, prior to the commencement of the ICC World Test Championship,” the ICC said in a statement.

Elaborating on the concept of the Reserve Day, the ICC said, “The Reserve Day has been scheduled to ensure five full days of play, and it will only be used if lost playing time cannot be recovered through the normal provisions of making up lost time each day. There will be no additional day’s play if a positive result is not achieved after five full days of play and the match will be declared a draw in such a scenario.” The Grade I Dukes ball will be used for the match.

For short runs, the decision will be reviewed by the TV umpire, and subsequently conveyed to the on-field umpire before the next ball is delivered. And before taking an LBW review, the batter or the captain of the fielding team can consult the on-field umpire over whether a genuine attempt to play the ball was made. The rules also state that the “height margin of the Wicket Zone has been lifted to the top of the stumps to ensure the same Umpire's Call margin around the stumps for both height and width”.

Former Indian captain Kapil Dev has come up with a piece of advice for India captain Virat Kohli for the subsequent England Test series which starts on August 4.

Dev, who has also been coach of the national team, wants Virat Kohli to control his aggression in Southampton. “I expect him to excel. Can you really shackle him? He is a natural when it comes to adapting but I would caution him to not be over-aggressive. He will have to measure it session by session. He’ll be better off waiting for his moments of dominance,” Dev told Mid-Day.

Beating England in England has never been easy for most visiting Indian teams in the past. Dev said, “I want this team to remember that England in England is tough. They are a very good team when playing at home but then, it will also depend on how the Indian bowlers adapt to the conditions and pitches. Swing will be very rewarding and here I feel England are one step ahead of India,” he said.