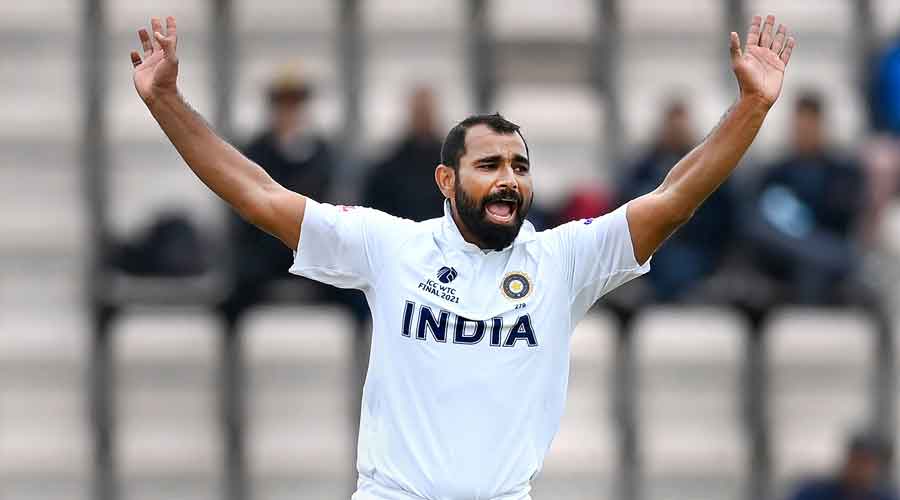 India Pacer Mohammed Shami returned a four-wicket haul but could not stop New Zealand from taking a crucial 32-run lead on the fifth day of the World Test Championship Final here on Tuesday.

India took the upper hand in the morning session but Black Caps skipper Kane Williamson (49) and his lower-order colleagues Kyle Jamieson (21) and Tim Southee (30) seized the momentum with their smart batting approach.

The umpired called tea break at the fall of last New Zealand wicket as the Black Caps put on board 249, responding to India's first innings total of 217.

Ishant Sharma and Ravichandran Ashwin shared five wickets between them.

New Zealand had ended the third day at 101 for two. Not a single ball was bowled on the fourth day due to inclement weather.