The trio of Deepika, Ankita Bhakat and 19-year-old Komalika Bari failed to win any set to be blanked 0-6 by their Colombian counterparts 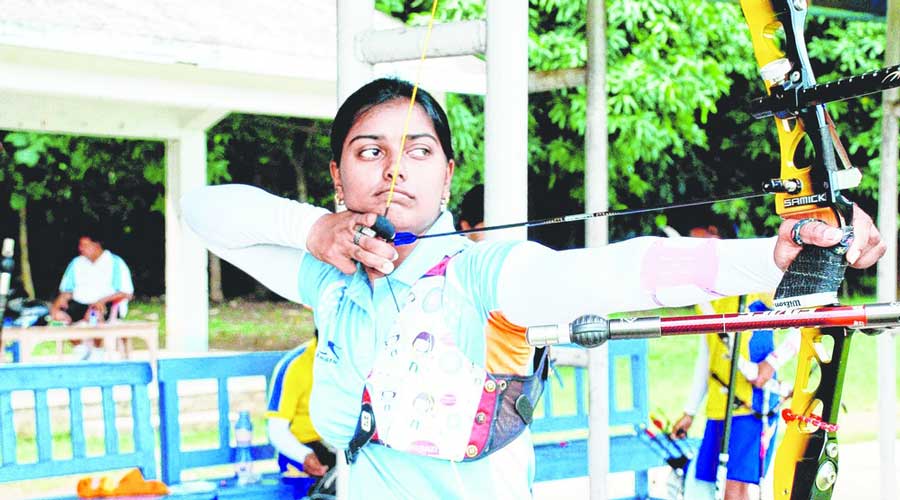 World Cup champion Indian women’s recurve team failed to qualify for the Tokyo Olympics after a tame loss to lower-ranked Colombia in the final qualifier here on Sunday. It was the last opportunity for the Indians to upgrade their single women’s quota place to team invitation in Tokyo but they failed to make it.

Deepika Kumari will now be the sole entry in the women’s section in the Tokyo Games. This will be her third successive Olympics. India have already secured the men’s team quota from the World Championships in Den Bosch in 2019.

The women’s team had to finish among the top three in a field of 28 to make the cut but lost in the opening round. The trio of Deepika, Ankita Bhakat and 19-year-old Komalika Bari, who had won gold in the World Cup stage one at Guatemala City two months back, failed to win any set to be blanked 0-6 by their Colombian counterparts.

The Colombian trio of Ana Maria Rendon, Valentia Acosta Giraldo and Maira Sepulveda shot consistently and started off with a two perfect 10s, including one arrow closest to the centre (X), to take the first set 55-54. Under pressure, the Indian women’s team drilled a shocking 49 that included a poor 5 to lose the second set by two points.