Visitors dominate the hosts with a 157-run victory; The fifth and final Test will be played in Manchester 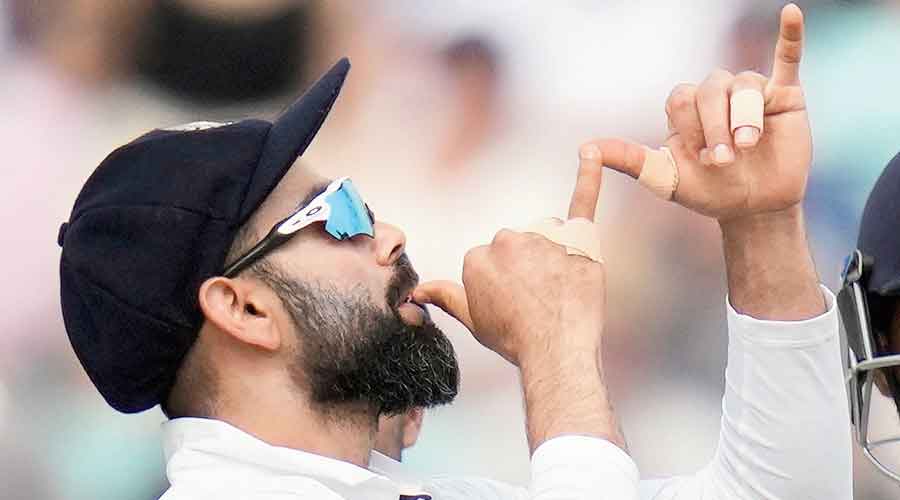 One probing spell and an error or two from a team can turn a game on its head, especially when it comes to Test cricket. That’s regardless of the nature of the pitch.

Jasprit Bumrah’s brilliant spell early in the second session of the final day coupled with some unforced errors from England earned India a terrific 157-run victory in the fourth Test at The Oval. It gives them an unassailable 2-1 lead in the series. This was also India’s second Test win at The Oval, coming 50 years after the famous first triumph, as they bowled England out for 210 a few minutes into the final session.

India conquer The Oval – their first Test win at the venue since 1971 💪#WTC23 | #ENGvIND | https://t.co/zRhnFiKhzZ pic.twitter.com/aH7r53QMst

The fifth and final Test in Manchester begins on Friday.

Besides, it’s the first time in 14 years that India will return after not losing a Test series in England. Back in 2007, the Rahul Dravid-led Indian side had achieved such a feat, winning the three-match series 1-0 with the first and last Tests ending in a draw.

How well Ravindra Jadeja could utilise the rough patches on the Day V wicket was the big talking point when action resumed on Monday. In fact, there was still a fair bit of work left for India to do when the post-lunch session began with England at 131 for 2. Captain Joe Root was out in the middle with opener Haseeb Hameed, who had already gone past his half-century.

This is a very special Test Match win. After being 127/7 on the first day, not many teams can make a comeback and win a away test the way Team India have done. That is why this is a very special Indian Team. Congratulations to everyone for playing their part in a memorable win. pic.twitter.com/9XDJCCrAwC

England then had every reason to remain hopeful of saving the game at least. But Hameed could never really shrug off his shakiness even after spending so many hours at the crease. Caught in two minds on whether to pad it away or play, he eventually perished when Jadeja pitched it near the rough area and spun it just enough to hit the off stump.

That early breakthrough by Jadeja after lunch set Bumrah up for what skipper Virat Kohli urgently needed from him. 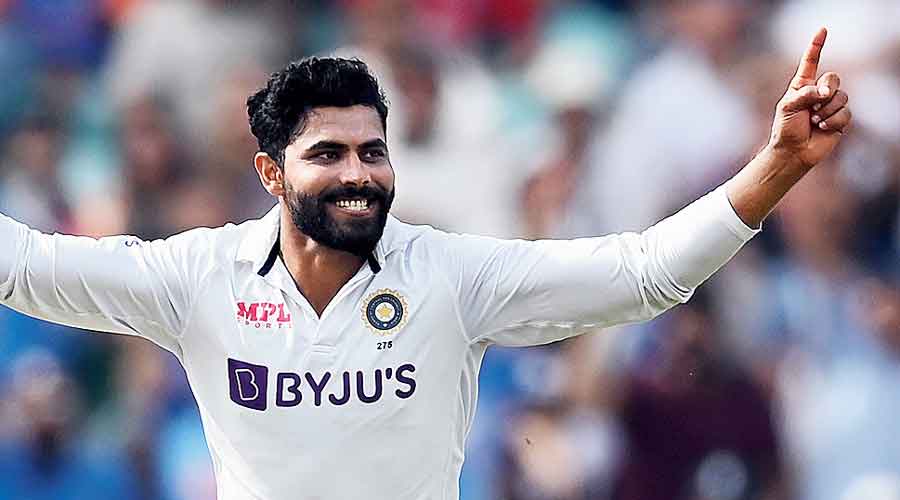 Ravindra Jadeja, who picked two wickets on Monday, became the fourth Indian all-rounder after Vinoo Mankad, Kapil Dev and Ravichandran Ashwin to make 500 or more runs and also take 50 or more wickets against England in Tests. His tally stands at 672 runs and 51 wickets.
Getty Images

Since late on the penultimate day, India’s quicks, especially  Umesh Yadav and Mohammed Siraj, had been focusing on bringing the ball back into the English batsmen. But as far as Bumrah was concerned, he used the abrasive nature of the pitch to superb use, which was key to how he cleaned up Ollie Pope.

Tailing the ball back in, Bumrah got just that extra bit of movement to breach Pope’s defence. And soon after, he unleashed a superb swinging-in yorker that cleaned up Jonny Bairstow. Those back-to-back blows had knocked the wind out of England’s sails. To make matters worse, Jadeja picked up Moeen Ali, who after being guilty of throwing his wicket away in the first innings, appeared clueless on this occasion.

Even though he took only two wickets, Jadeja deserves credit for consistently pitching the ball on the rough that helped Bumrah to get the reverse swing he was looking for. Also, for the time being, Bumrah and Jadeja have ensured there won’t be any more questions on keeping distinguished off-spinner Ravichandran Ashwin out of the XI.

Brilliant delivery from Jasprit Bumrah in consecutive over bamboozled Ollie Pope and broke England’s backbone at The Oval on Monday.
AP/PTI

The pressure, following that spell from Bumrah, was telling on Root which was reflected in the manner of his dismissal. And that was brought about by Shardul Thakur, India’s game-changer in this Test. Shardul pitched it a little outside the off-stump and Root, trying to run it down, chopped it back on to the stumps. 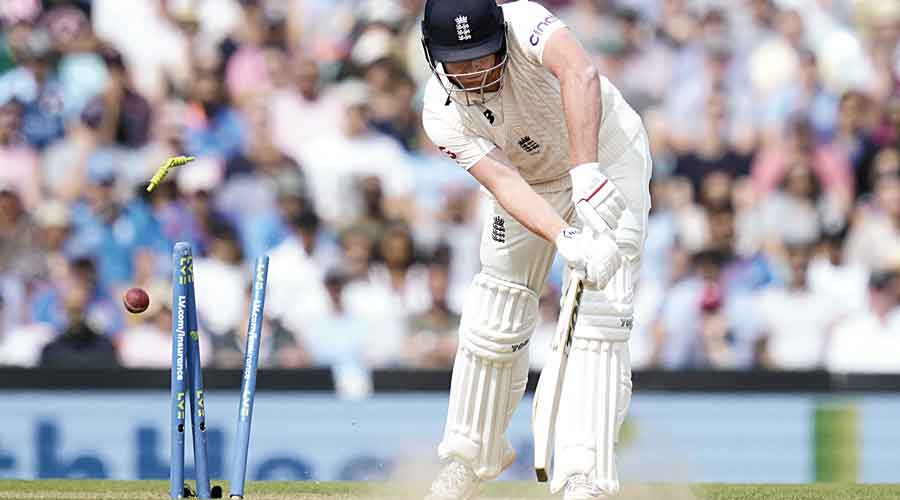 The Indians were ecstatic as Shardul gave them the wicket they were desperately looking for. And for England, they could no longer breathe with still more than a session left in the Test.

Not only did he dismiss Root, Shardul also got rid of the other opener, Rory Burns, who was set and had also registered a half-century. In his very first over, Shardul got the ball to move just a shade away and that took the edge of Burns’ bat, giving India the much-needed opening.

England could well have avoided the run-out dismissal of Dawid Malan, but that’s not the only mistake they made in this Test. Their slip-catching was poor and they also failed to make use of excellent batting conditions on Day II. India seriously couldn’t have asked for anything more.

2 This is the only second time India have won two Tests in the same series in England. In 1986, India won the first two Tests of the series at Lord's and Leeds