‘Most pleased to win first of all... not easy conditions’ 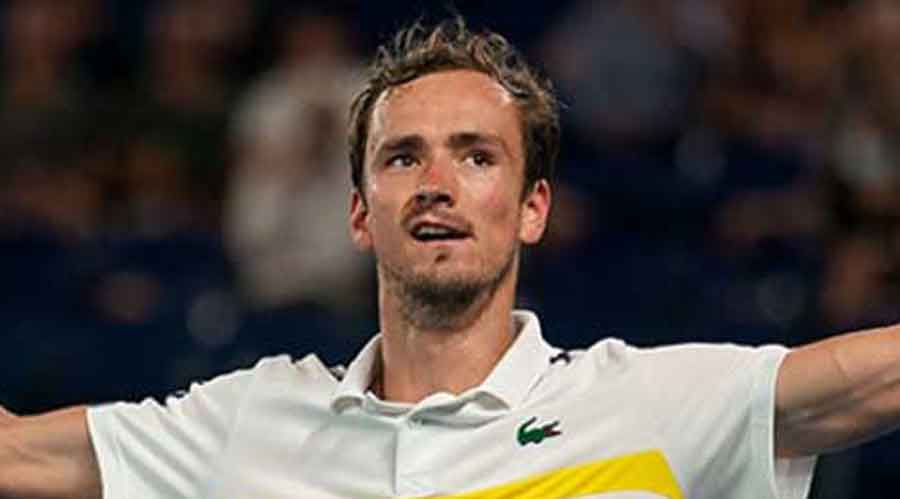 World No.1 Daniil Medvedev opened his US Open title defence by walloping American Stefan Kozlov 6-2, 6-4, 6-0 in sweltering conditions on Arthur Ashe Stadium on Monday. The Russian had an inconsistent run-up to Flushing Meadows but was back to top form on the court where he won his maiden grand slam title a year ago, sending across 10 aces and neutralising Kozlov’s serve.

“Most pleased to win first of all... not easy conditions,” said Medvedev, who repeatedly wrapped an ice towel around his neck to keep cool in the humid conditions. “Serve was quite the key today.”

The pair traded breaks early in the first set before Medvedev got his motor running, clinching the next four games as Kozlov won fewer than half of his first-serve points.

Kozlov was no match for Medvedev’s raw power in the second set. The American scraped his wrist and knee after he dived to retrieve the ball, but ended up falling to the ground heavily in the ninth game that saw Medvedev break him to love.

He called on the trainer to tend to the injuries but Medvedev showed no mercy as he raced through the final set like a bullet train in just 27 minutes to set up a meeting with Frenchman Arthur Rinderknech in the second round. World No. 87 JJ Wolf defeated 16th-seeded Roberto Bautista Agut 6-4, 6-4, 6-4 on Court Five. The American 20-year-old has made progress this year after injury problems, but this is easily the biggest win of his career.

Andy Murray safely made it to the second round after comfortably beating Francisco Cerundolo in straight sets. Muray had to come through a turbulent hour-long first set, where there were five breaks of serve, as he took it 7-5. Amid that set came a true show of sportsmanship from Cerundolo, who voluntarily conceded a point after a replay on the big screen showed he’d been wrongfully awarded one. From there though Murray was dominant, taking the next set 6-3. And he maintained his grip on the contest in the third, winning it 6-3.

Murray came into the clash having admitted he’d been plagued by cramp problems in practice. The Scot wasted a game point before a later unforced error handed the Argentinian an immediate break.

The 2012 champion responded by breaking twice in succession though as he began to control the tempo of the contest. However, at 5-3, Murray wasted a chance to take the first set as a string of unforced errors allowed Cerundolo to break back.

Then came a heartwarming moment, as Cerundolo was awarded a point after seemingly reaching Murray’s dropshot, only to then opt to concede it back when a replay on the big screen showed the ball had indeed bounced twice.

The 24-year-old still took the game though, but then at 6-5 down double faulted as Murray finally took the set.

Among women, third seed Maria Sakkari overcame a wobble to beat Tatjana Maria 6-4, 3-6, 6-0 and gain revenge against the German who upset her en route to the Wimbledon semi-finals this year. Also reaching the second round were Caroline Garcia who beat Kamilla Rakhimova 6-2,6-4 and Veronika Kudermetova after her 7-5, 6-3 victory over Donna Vekic.