Advertisement
Home / Sports / 2021 UEFA Champions League: A season like no other

As the final takes the centre stage tonight, The Telegraph explores why this season has been one of a kind, for reasons both good and bad

With artificial crowd noise piped in during games, the idiosyncratic atmospheres at Europe’s iconic stadiums have been sorely missed this year.
The Telegraph
Priyam Marik   |   Published 29.05.21, 12:14 AM
No fans, no atmosphere

For the first time in history, a UCL season has been played out against the backdrop of empty stands. The pandemic of Covid-19 and its consequent protocols prevented fans from attending a single UCL match this season, although some fans are expected to watch the final in Portugal. With artificial crowd noise piped in during games, the idiosyncratic atmospheres at Europe’s iconic stadiums have been sorely missed this year.

The goats put on a disappearing act

For the first time since 2004/05, neither Cristiano Ronaldo nor Lionel Messi were part of the UCL’s last eight. While Ronaldo’s Juventus were suffocated by an excellently organised Porto unit in the round of 16, Messi and Barcelona were outclassed by PSG in the same round, with the two legends managing to net just the nine goals between them in the competition all season.

For countries not willing to accept foreign-based teams inside their borders, UEFA opted for neutral venues with the absurd stipulation of retaining the away goals rule. This meant that the likes of Manchester City and Chelsea played both legs of some of their ties in the same stadium, switching between hosts and visitors with the looming farce of some goals counting more than others on account of sheer randomness.

Defence for the win

Over the past few seasons, the Champions League has distinguished itself for its capacity to produce breathtaking attacking football, especially during the knockout stages. But with teams shuffling in and out of bubbles and no fans to spur on the players, it is defensive football that has come to the fore this season. Both finalists, Chelsea and Manchester City, have been rewarded for traditional no-nonsense defending, with top-heavy sides like Bayern Munich and PSG bearing the brunt of not paying enough attention at the back.

The drama of the Super League

For so long the twists and turns of the UCL have been limited to the pitch, but this season the tension got ratcheted up with the drama quotient spilling over from outside in form of the European rebels and their mission of the Super League. For one tumultuous week in April, the Super League not only envisaged a new future for the beautiful game, but also put the status of the ongoing Champions League in doubt. Eventually, though, the UCL saw off the threat of a glamorous new successor to remain the most prestigious club competition around.

The Telegraph picks the best team from among the 32 sides that contested club football’s greatest prize for the 2020/21 campaign.

The Senegalese international has been a revelation in his debut season for Chelsea, replacing Kepa Arrizabalaga’s hit-and-miss approach with some much-needed stability in goal. With key clean sheets in key games — none more so than the semi-final second leg against 13-time champions Real Madrid — Mendy has elevated himself as Chelsea’s most reliable No. 1 since Petr Cech, whose heroics helped the club to win their inaugural UCL in 2012.

Apparently out of favour under former manager Frank Lampard, Azpilicueta has discovered a new lease of life with Tuchel in charge. The full-back’s game-reading skills, tenacity, and leadership have been vital for Chelsea in the biggest games and should come in handy in the UCL final, the first of Azpilicueta’s decorated career.

Composed on the ball with a nose for pivotal interceptions, Romero, despite Atalanta’s early exit, has had a remarkable year with the Italian underdogs and should be well placed to continue in the Champions League next season, albeit with a team with loftier ambitions.

With the departure of Thiago Silva from the French capital, Marquinhos has stepped up to effectively become a one-man defence for Paris Saint-Germain. With three goals in the competition, he has also shown his Sergio Ramos-esque knack for priceless headers at the most crucial junctures. 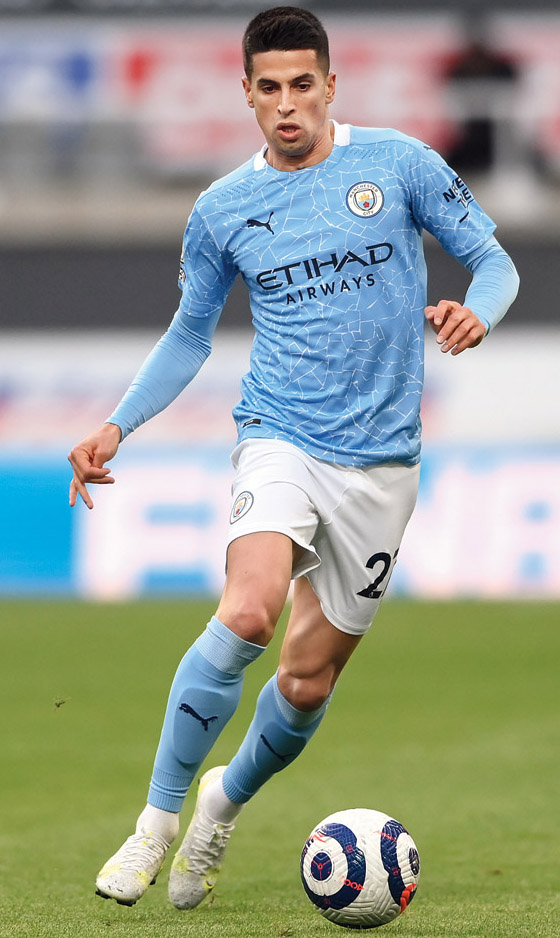 Deemed surplus to requirements by many observers of Man City not so long ago, Cancelo has redeemed himself this season. Fully repaying Guardiola’s faith in his consistency, Cancelo has combined his defensive and attacking duties to perfection, providing a perennial outlet on the left flank for City, especially on the break.

It has been a running joke for a while that 70 per cent of earth is covered by water and the rest by Kanté. This season, however, the French midfield dynamo has added to his talents by contributing more to Chelsea’s attacks, with his stoppage time lung-bursting dummy run against Atletico Madrid at Stamford Bridge being a fantastic example of how Kanté has diversified his game.

Pass for pass, turn for turn, inch for inch, there is no better midfielder in the game today. While De Bruyne often ended up being the sole bright light in a dysfunctional City team last term, this year has seen him emerge as the crown jewel in a seamless midfield unit. His talismanic performances, especially against PSG, have proved that he can rise to the grandest occasion and be the difference maker with consummate ease.

Gliding away from defenders, hammering in stunning strikes, and dictating the tempo of the biggest matches in spite of his tender years, are a testament not only to Foden’s incredible potential but also to the shrewd management of Guardiola. Foden’s left foot has already turned out to be decisive in the UCL this season, and if he comes up trumps in the final, he could claim to have had the most impressive breakthrough season of all time in the Champions League.

After a string of yo-yo seasons at Man City, Mahrez has pulled everything together this term and how! Scorer of three priceless goals across both legs of the semi-final, Mahrez has been on an unselfish streak this season, putting his undoubted speed to the service of the collective instead of attempting to do the impossible as an individual.

An electrifying hat-trick at the Camp Nou and a tie-turning brace at the Allianz Arena may have been the highlights of his UCL season, but Mbappé’s overall football has been so dazzling that it is a pity that he will not take his place among the stars in the final. Even though glory in the UCL continues to elude him, another stellar individual campaign has demonstrated Mbappé’s zeal to be the main man at PSG, leaving a certain Neymar in the shadows.

For this season’s top scorer, there is no competition more productive than the Champions League. Always guaranteed to score in pressure matches, Haaland has shut down his critics who believed that the relentlessness of the UCL would eventually catch up with him. While Borussia Dortmund have had an indifferent campaign, Haaland has been sensational in doing what he does best, bulging the net with his belligerent brilliance.

Ahead of the titanic clash between Manchester City and Chelsea for the right to be crowned Kings of Europe, The Telegraph serves up the most intriguing facts and figures from the history of UCL finales...

1: This is the first time that Manchester City will be competing in a Champions League final. Their previous best finish involved a semi-final run in 2016, when they lost out to Real Madrid in the final four.

2: For Chelsea coach Thomas Tuchel, 2021 marks his second consecutive UCL final. In doing so, he has become the only coach in Champions League history to take two different teams to the final in successive seasons. Last year, Tuchel’s Paris Saint-Germain narrowly lost out in Lisbon to a treble-winning Bayern Munich.

2: For the first time ever, the same country will host consecutive UCL finals. After Lisbon’s Estádio da Luz hosted the showpiece event in 2020, fellow Portuguese city Porto will host the 2021 edition at the Estádio do Dragão. Originally, however, the 2021 final was supposed to be played in Turkey’s Istanbul, but the venue got shifted earlier in the month on account of Covid-19 protocol.

2-1: Saturday’s finalists have already locked horns thrice this season, with Chelsea leading the head-to-head by a 2-1 margin. Premier League champions City delivered a swashbuckling performance to demolish Chelsea in their first meeting of the season at Stamford Bridge, before the Blues sneaked out two close victories, in the reverse league game at the Etihad Stadium, and before that, more crucially, in the FA Cup semi-final.

3: For Chelsea, this is their third UCL final in history. The last two occasions could not have produced more contrasting results. After losing on penalties to Manchester United in 2008, the Londoners exorcised their ghosts from the spot by edging out Bayern Munich for the trophy in 2012.

8: This year marks the eighth time that two teams from the same country are battling it out in the final of the Champions League. The UCL final has previously seen two all-English affairs, in 2008 (with Manchester United beating Chelsea) and 2019 (with Liverpool beating Tottenham Hotspur).

10: It has been a decade since City manager Pep Guardiola took a team to the final of the competition that has become his holy grail. In 2011, Guardiola’s imperious Barcelona made light work of Manchester United in London, two years after a similarly dominant display against the same opposition in Rome.

11: Borussia Dortmund’s Erling Haaland is set to become the top scorer for this season’s Champions League with 11 goals to his name, making him the youngest player (at 20 years of age) to achieve this honour.

29: The 2021 final will be the culmination of the 29th instalment of the Champions League, with the first coming all the way back in 1992/93 following the revamp of the European Cup.

19 million: The prize money in euros that will be scooped up by the team winning this season’s UCL final. For the runners-up, the amount will be 15 million euros.

Which players make up the UCL Ultimate XI according to you? Tell t2@abp.in