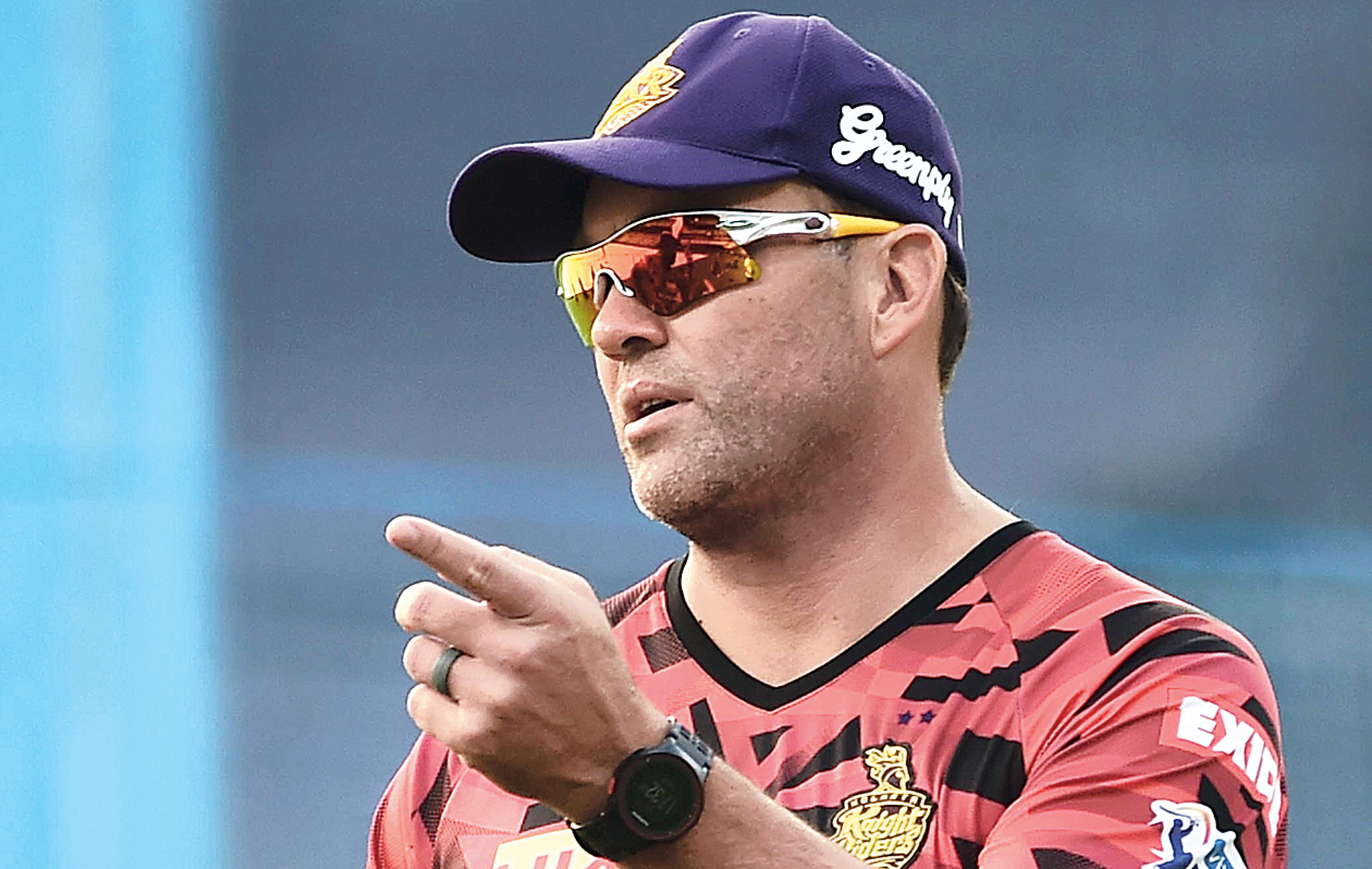 Kolkata Knight Riders head coach Jacques Kallis is hoping that the circumstances will spur his players on and bring out their best in the remaining matches.

The Knight Riders are placed sixth in the standings with eight points from 10 matches and have to win their remaining four matches to keep their chances alive for the play-offs.

“We’ve done it before. We have won 11 in a row... Certainly it’s possible and the guys will try hard both off the field and on the field.

“We will be up for the game, that’s for sure. Yeah, it’s almost like there is no tomorrow for us now. Hopefully, we can repeat that again this year,” Kallis said during a media conference on Tuesday.

Though frustrating, Kallis said there were no negative vibes in the team.

“I think the guys are frustrated,” Kallis said. “I wouldn’t say negative vibes but they do realise that we still have a chance of qualifying and we’ve just got to play some good cricket… In this format, there are little percentages that you need to improve in order to turn these things around and we’re not far off. Just little things that we need to do a little bit better.”

Kallis accepted that the bowling has let them down this season.

“I think the frustrating part for us this season has been not taking wickets. If you don’t take wickets upfront, you are under pressure for the whole innings. I think we have probably taken 20-21 wickets in 10 games that we have played which has put us under a lot pressure.

“And yes, your bowling unit will be under pressure. You can’t be as attacking... The key for us will be to take a few more wickets upfront and making life a little bit easier in the middle overs.”

The head coach said the Knight Riders need to win those key moments.

“We haven’t played as well as we would have liked during those key moments. In every game, you need to recognise the key moments and put your foot on the pedal. We probably have been off that... Have not found the little things that need to go our way. We need to improve on that in the next four games, and hopefully, we can get it right and turn it around,” Kallis said.

Kallis felt sending in Andre Russell early in the batting order was an option that could be considered.

“Rinku (Singh) went in, in the eighth over in the last match and we certainly haven’t sent Andre in that early. They got a partnership going... In hindsight, maybe we could have sent him a bit earlier. But it certainly hadn’t been one of our plans. But if a situation arises, then it’s something that we will think of,” he said.

On Dinesh Karthik’s captaincy, Kallis said: “We haven’t discussed it, nor has it been brought up. So, there has been no talk about that.”

Kallis hoped Karthik will come up with significant contributions in the remaining matches.

“Hopefully, he can get in and get us some big runs. That will certainly mean a lot to the team,” Kallis said of the Knight Riders captain, who averages 16.71 from nine innings so far in this edition.

“I think DK went home for a day. So we will catch up on Wednesday and plan going forward again for the next game…

“In the last game, he came up in the batting order but unfortunately got run out. It’s about matching up players and situations. DK is vital for us and a world-class player.

“We all want to perform a little bit better. Yeah, I think everyone’s in that space where we just want to get up and play better cricket and get back to winning ways. Losing certainly isn’t fun.”

Some of the players had flown to Mumbai after the match versus Sunrisers Hyderabad, and will be joining the rest of the squad on Wednesday.

“We felt the guys needed a break. They have been given the freedom to do what they want to for the next couple of days,” Kallis said.