In other news, Prachi Yadav failed to finish at the podium, ending her campaign at a disappointing eighth and last in the women's canoe sprint final 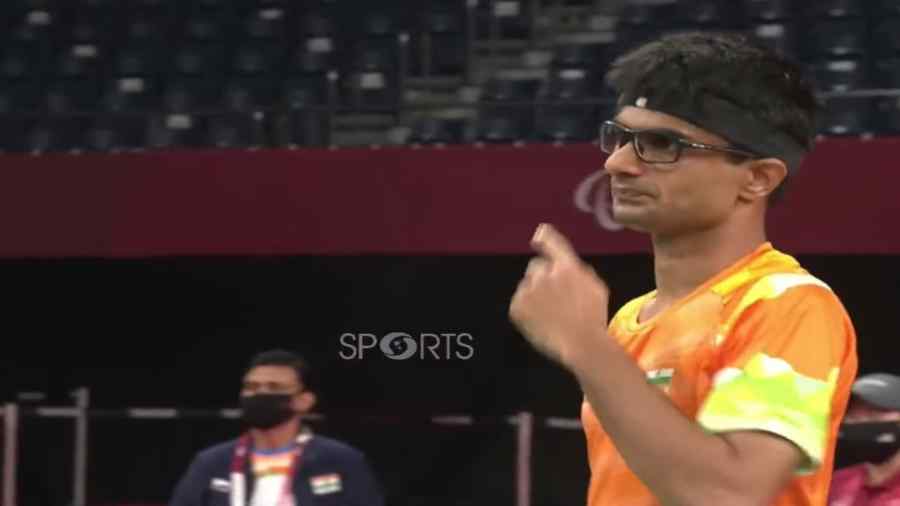 Indian shuttlers Suhas Yathiraj and Tarun Dhillon continued their impressive run, notching up contrasting wins in their respective second group match to qualify for the semifinals in the badminton competition of the Tokyo Paralympics on Friday.

Manoj Sarkar, who competes in SL3, also qualified for the semifinals after winning his second and last group stage match at the Yoyogi national stadium here.

Suhas, the district magistrate of Gautam Buddh Nagar in Uttar Pradesh, will face France's top seed Lucas Mazur, while Tarun will cross swords with Indonesia's Fredy Setiawan next later in the day.

With two wins out of three matches so far in their respective groups, both Suhas and Tarun have qualified for semifinals and might face-off in the knockout stage.

Suhas has an impairment in one of his ankles, while Tarun has restricted knee movement following a severe injury that he suffered at the age of eight.

India's Prachi Yadav failed to finish at the podium, ending her campaign at a disappointing eighth and last in the women's Va'a single 200m VL2 canoe sprint final at the Tokyo Paralympics on Friday. Prachi finished the race in 1:07.329s to settle for the last place.

Great Britain's Emma Wiggs won the gold with a personal best timing of 57.028s, while Susan Seipel, who won a bronze in Rio, bagged the silver clocking 1:01.481s and Great Britain's Jeanette Chippington clinched the bronze in 1:02.149s.

Prachi had earlier qualified for the final by finishing third in the semifinal with a timing of 1:07.397s. Prachi was a champion para-swimmer for India before taking up para canoe on the advise of her her coach.

In KL2/VL2 class only those athletes who can propel themselves with their arms and trunk can compete.